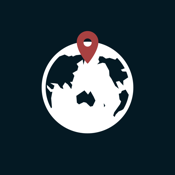 For those of us that want to keep track of all the great places we’ve visited in our lifetimes there are better options than keeping an old-fashioned travel journal and writing in it with pen and paper. These days there’s an app for just about everything and keeping track of your globetrotting lifestyle is no different.  One intriguing example that seems to have some promise is Appeared – which is an app designed to track all of the cities and countries you’ve visited. This is a free app and it’s compatible with the iPhone, iPad, and iPod touch.

The best iPad apps for navigation You’re Never Too Young to Start

When I’m checking out an app I’m always curious about the background story of its developer and how they came to create the final product I’m looking at. The story behind the developer of Appeared may surprise you – this app wasn’t produced by some big-name company or even a budding startup with a few highly qualified employees. This app was created by a teenager in Norway.

The best iPhone apps for travel

The app was actually developed by Andreas Skaalerud – an 18-year-old student with a passion for programming. Andreas began his programming journey way back when he was 13 years old and has been refining his skills ever since. He’s currently mastering the Swift language and during his process of self-education he came up with the idea for Appeared and decided to use it as a platform to launch his dream of becoming a top notch developer.

When Skaalerud made the decision to try his hand at creating a travel app he realized he was dealing with a lot of stiff competition as there are tons of these types of apps in the App Store. He decided to give it a try  believing that he could create a better app, with a more user friendly approach than most other apps offered. A great thing about this young developer is that he encourages feedback and really does actually use that feedback to improve his apps – he may be just getting started, but that kind of attitude will likely take him a long way. 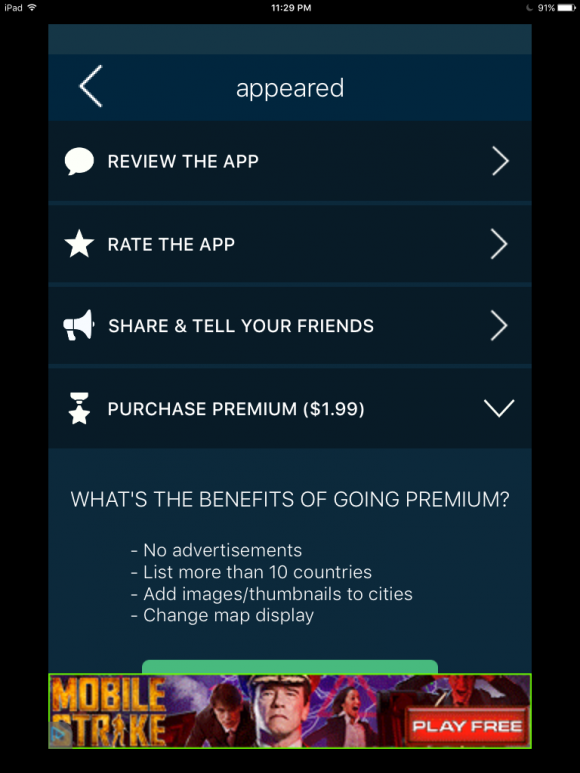 There are far too many travel apps in the App Store to go over them in any kind of detail, but suffice it to say that it’s a brave decision to take on some of the travel giants like Travelocity. Appeared does an okay job though and it offers something that’s unique. The user interface is very straightforward offering a few simple tools to keep track of your travel activities and little else,.

This really is an app with a lot of potential, but unfortunately it has a couple of shortcomings which take away from the app's overall appeal. For one thing, it’s full of pop up ads in the free version which are nothing short of irritating. You can remove these ads by purchasing the premium version of the app, but if you’re not willing to do so you’re going to have to put up with them. The other limitation of the basic app is that you’re limited to recording 10 countries that you have visited – if your travel history is a little more prolific than that you’ll either have to purchase the premium app or look for something else. This app will require 14.3 MB of available space on your iOS device. 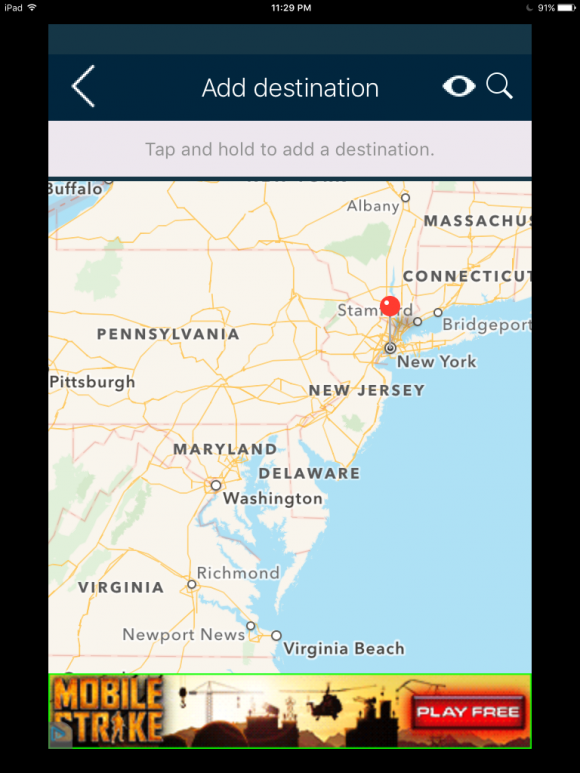 The Nuts and Bolts

One very positive thing about this app is that you don’t have to sign up and become a member as you do with numerous other types of apps in this category – that has to be one of my biggest pet peeves. You simply start using the app as soon as you open it. Unfortunately, though there isn’t any kind of a walk-through of the app to explain how things work which is a bit of a shortcoming.

This isn’t a difficult app to figure out which may explain the lack of a help section, but it’s something I think all app developers should always include no matter how simple the app is. The basic layout of the app is pretty straightforward and easy to follow.

In order to add a country and city to your list you simply tap on the plus icon in the top right-hand corner. This will then bring up a global map which you can use to find the destination that you’ve visited by pinching and zooming. Once you find the location you’re looking for you simply tap and hold on the map and then a new window will open allowing you to input how long you’ve visited the city for and rate your visit. As you add new countries and cities to your globetrotting travels you’ll notice a menu in the middle of the app that updates your information. It tells you how many countries you’ve visited in total, how many cities you’ve visited, and the percentage of the actual globe that you’ve visited. 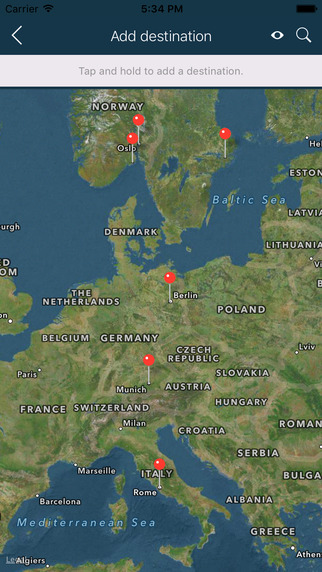 Will this Appear on Your iDevice?

On the positive side, Appeared is an app with a lot of potential. As much as I hate pop-up ads and limitations in free apps, it’s understandable that developers include these as everybody has to make a little money. This is a solid effort into the travel category and has it's place on your iDevice. If you travel frequently, you might want to give this app a chance. There's a simple appeal and charm to this app.