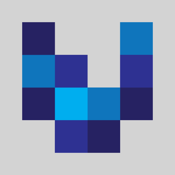 Vertical Studio app review: helping you to get the best shots

Drones have quickly become the newest fad that everyone is taking part in as users capture fun and incredible pictures and videos. The Vertical Studio app has been created to use on your iPod touch, iPad, and iPhone and gives you the ability to make those aerial shots really jaw dropping. The app is very easy to use in that you just need a couple quick strokes to transform what would have been a difficult shot to get.

There's really no need to settle for sub-par shots when you've got the Vertical Studio app handy. The idea is that through all these shots you take, you'll be able to piece together an intricate and interesting story. Now, keep in mind that this app is to be used with a DJI Phantom 3 or the Inspire drone. It's all about turning you into that advanced photographer that you didn't think you could ever be. 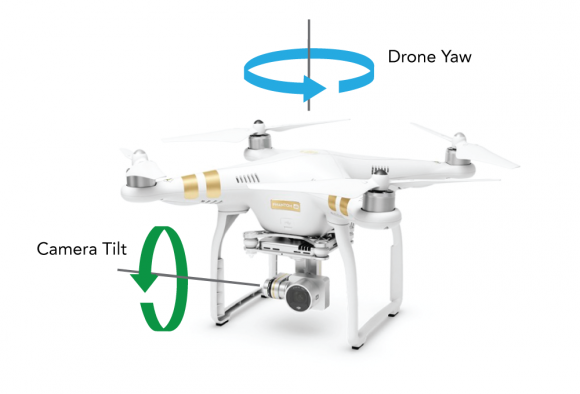 Complete control with your drone

From Concept to Reality

The Vertical Studio app is an excellent example of a concept thought up by the developers and brought to fruition through a lot of hard work. The whole concept behind this is app is to "imagine it, and film it". The developers recognized this growing trend of everyday people purchasing drones, but were having a hard time when it came to capturing the perfect aerial shot.

Not only that, but the developers wanted to be sure anyone could use this app. "No experience necessary. Turn your creative vision into reality using Vertical's powerful filming platform," explains the developer.

All you have to do to get started is connect the iOS device you are using right to your DJI controller, open up the app, and use that rather than the typical DJI GO option. You can then take advantage of all the features and tools included in this app and bypass the rather bland and unimaginative DJI GO.

“At Vertical, we want to remove all the barriers to creative expression with drones. We’re building tools to push drone technology to its limits so that budding photographers and videographers everywhere can capture their world in ways they’ve never been able to before.”

The app is able to support DJI Phantom 3 Professional and Advanced models, as well as the DJI Inspire 1 (X3). The developers are currently working on supporting more devices in the future, opening up this app to even more people.

While this one offers you more features, users have noticed that it feels a bit different at first.

“Your flight experience may feel slightly different when using Vertical Studio because we send the drone flight control commands directly from the app, based on tracking, pre-set paths or walls activities. The controls may feel a little different but users quickly adjust to it,” said Vertical AI.

So, now it's time to take the Vertical Studio on a test run and capture those incredible aerial shots that you had been wanting to get all along. The first time you use the app it is highly recommended that you take a few moments to use the tutorial. This is a great way to familiarize yourself with the features, tools, settings, and controls in the app. This app is a free download, but there are some features that require the upgrade to the professional version of the app. This can be purchased for $19.99. If you plan on taking a lot of shots, this purchase can prove to be well worth it.

Some of the features here include being able to "orbit" an object. This means that you can fly in a smooth circle around that object. The way it works is that you pick what that object is, you set up the speed, and the direction and let it go to work. There is also an auto-tracking tool that makes it possible to track an object or subject. This mode takes control of the angle so that your subject is always in frame.

Another important aspect of flying a drone through the app is to set up walls. These are the boundaries in which you want your drone to stay within. You will set these walls up before you begin and then your drone will never cross over them. If there happens to be obstacles within these walls, you can also program them so that your drone avoids them and doesn't risk crashing into the obtacles.

This portable "toolkit" is a great way to take your aerial shots to a new level and create sleek and professional shots. Even if you’ve been relatively satisfied with how your videos have been turning out, the app is still worth a look because you may not know what you’re missing out on quality wise. 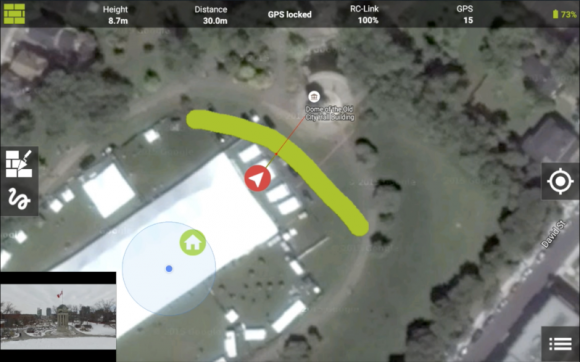 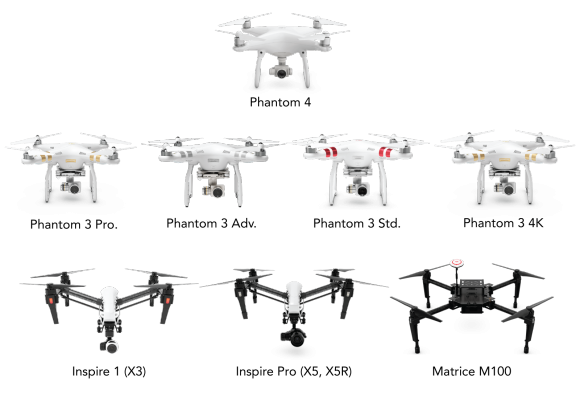 If you’re having a hard time controlling your drone or capturing those videos and aerial shots that truly stand out then it’s time to take a look at the Vertical Studio app for your iPod touch, iPad, and iPhone. What makes this app such a great offering is the fact the features have really been perfected so they work exactly as stated. You won’t have to fight with this app or find yourself frustrated with the results. This one ends up being well worth the download in the end.