No matter how you know him - The Rock or Dwayne Johnson - it seems he is in just about every big Hollywood action movie lately. Well, now Johnson's production company has put together an exciting new offering called The Rock Clock app for your iPod touch, iPad, and iPhone. This app allows you to wake up with him each and every day, receive motivational messages straight from him, and start setting goals you can work towards. This is an alarm clock app that is really breaking the mold in every sense and it allows users to feel connected to The Rock on an everyday basis. 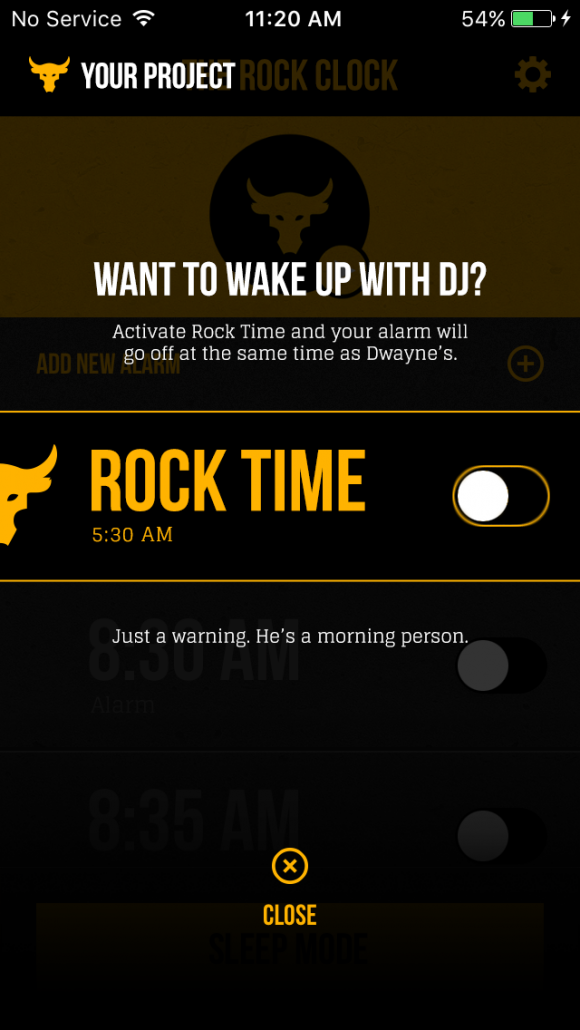 Bringing Hollywood to Your iDevice

Sure The Rock Clock app is an alarm clock, but it’s really important not to lump this one in the category with all the other alarm clocks. Where this one is really unique is in that you feel like your favorite action star from Hollywood is right there with you on a daily basis, waking you up, helping you start your day, giving you a place to set goals, and then providing you with motivational video messages to help you continue you on your path.

The best motivation apps for iPhone and iPad

To understand the basis behind the app, it’s important to take a closer look at Dwayne Johnson himself. This is a guy who is filled with ambition, motivation, and positivity and does his very best to convey it through his work and his interactions with his fans. He started his career playing college football and then moved on to the NFL for a short time.

From here he became involved in the WWE where he was given the name The Rock, which most people still refer to him as. To this day, he still fights in WWE matches here and there. He parlayed his wrestling career into a lucrative movie career, which has now seen him star, direct, and produce a massive amount of box office hits and television successes. It’s easy to see why he has such a massive following, so this app just seems like a natural route for him to take.

Great Efforts to Stand Out

The entire approach to The Rock Clock app just feels different, it feels fresh, modern, and in touch with what people are looking for nowadays. Designed by 7 Bucks Entertainment, Johnson's production company, it set out to really change the way people start their day and get going.

The best iPhone apps for hypnosis 2021

"We all have hopes, goals, dreams, and aspirations, and I've officially made it my project to help as many of you get after your goals as possible. Let's get after it and chase greatness...together," said Johnson.

Developers describe the app as "get up and get after it with the world's most motivational alarm clock,", and I gotta say they've got a point! From the get go, you’re going to notice this one isn’t your typical offering both in terms of how it looks and the features included in it. The fact that it’s a free download is the icing on the cake. 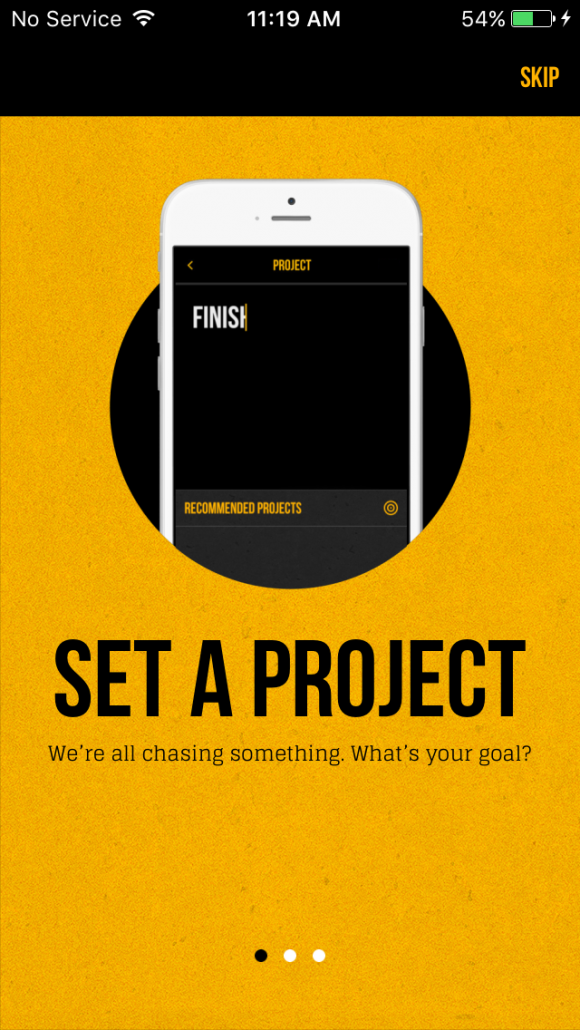 Launching The Rock Clock app for the first time, you are treated to a very simple yet striking user interface. The app performs a few different tasks, so it’s up to you how many of these you want to make use of. If you want, you can use this one strictly as an alarm clock. Choose from 25 different custom tones, all of which have been created by The Rock himself. They include such tones as famous sayings from The Rock, him singing a good morning song, his dog barking, action sounds from his movies, and more. These are not your typical tones. Some of them are pretty hard core to wake up to, I’m not gonna lie, I opted to use the more “calm” tones as I’m not exactly a morning person. It should be noted that because The Rock is all about motivation and getting up and moving, you won't find a snooze alarm in this app!

If you choose to, you can take it a step further and set a goal for yourself. Go ahead and give it a name, choose its deadline, and you'll be reminded to work on it through motivational video messages from The Rock. There is even a little progress bar that will show you how far along you are in your project deadline. Go ahead and share it to social networks if you like.

And finally the last feature here is the ability to start your day with The Rock. You can choose to sync your device with his, so whatever time he has set his alarm to, you’ll be on the same schedule. Just be prepared that he wakes up extremely early on a daily basis, so this may not be something you’ll want to keep up with! Still, it’s kind of cool to say you “woke up with The Rock today”. It also gives you a sense of just how hard he works to achieve his goals, which again acts as motivation. 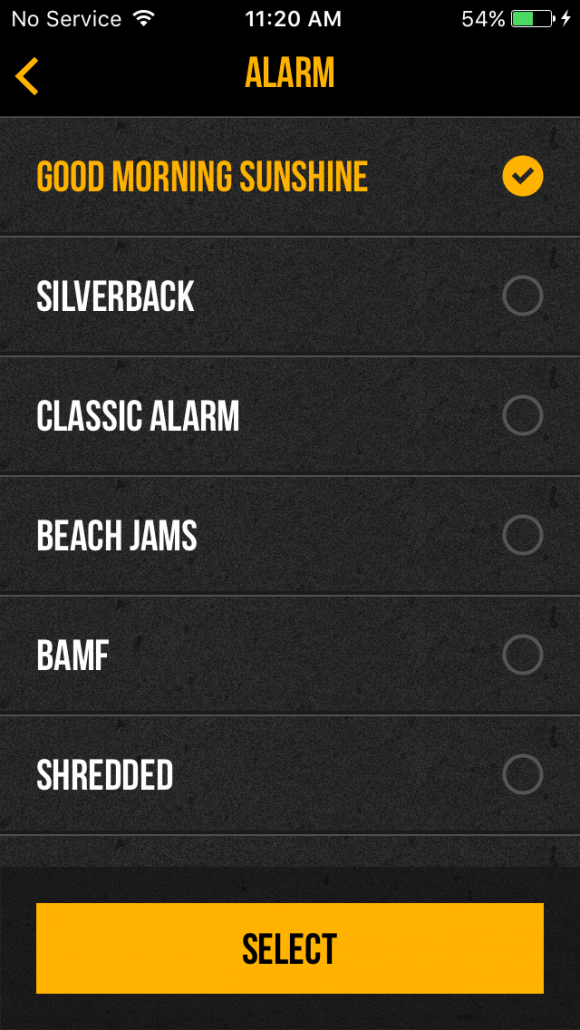 Do You Smell What The Rock is Cookin'?

When it comes down to it, The Rock Clock app for your iPod touch, iPad, and iPhone is absolutely worth the download. If you don’t mind the fact that this one is a basic alarm clock, then you’re going to be thrilled with the custom tones, the motivational messages, and the ability to feel as though you’re starting your day with The Rock.