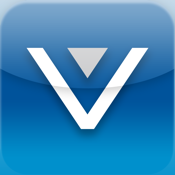 Savant TrueControl by Savant Systems LLC lets you turn your iPad into a control for most any system in your house. They’re giving it away for free right now, so check it out!

Users must have a Savant System installed in their home or facility for this app to work.

You can use this app to make your iPad run your climate, stereo and video, energy management security, and lighting systems in your house. You can also use it for other technology or subsystems.

The innovative TrueImage Control Interface is super-simple and easy to use. If you’re in a room and want to turn on the lights, just touch the image of the light in that room corresponding on your iPad. You can also dim or turn lights on or off in any room of your house. The light in the room will illuminate on your screen showing the command was received and carried out.

When you get this app, professional photos of every room in your facility or house are taken and loaded onto the platform. To navigate within rooms in the app, pinch the touch screen to see an image of all the rooms will appear. Tap on the room you want to gain access to the controls for that room.

Savant TrueControl was updated to Version 52.0.0 on February 19, 2013. The update made a number of improvements and changes. The app has 145 customer ratings with an average of 4.5 out of five stars. There are no feedback comments.

Since I don’t have the system installed in my home I can’t really use this app to its fullest potential but it sounds like an amazing system and having the app on my iPad would make controlling all the systems in my house would be awesome. If you’re considering having this system installed in your house, you should definitely get the app now while it’s on sale.