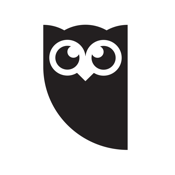 This simple and elegant app provides a powerful and streamlined experience. Hootsuite is ready to be used internationally with translations to/from over 50 languages. The interface is localized in fourteen languages such as German, Arabic, Dutch, Catalan, French, Italian, Indonesian, Korean, Japanese, Portuguese, Polish, Spanish, Russian, Turkish, and more to come.

Manage your Twitter accounts, update Facebook profile and pages, share your position on Foursquare or view your LinkedIn connection activities. Save draft messages and come back to them later, schedule updates for future sending, use email to forward messages or reply to all recipients at once.

Feedback is positive with users calling this the best app for managing multiple accounts. Users are happy with the newest update which has improved the app and fixed some crashes.

If you have multiple social networking accounts on the go, let Hootsuite make like easier and save you time. The app easily let me track results, make friends and increased the enjoyment I get out of my social accounts.