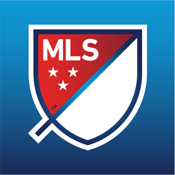 MLS MatchDay by Major League Soccer is the perfect app for keeping up-to-date with all of your favorite soccer teams across the world.

This app provides you with news, highlights, and score results from many soccer divisions, such as Major League Soccer, CONCACAF Champions League and World Cup Qualifiers, US Open Cup, and more.

Other features include customizable notifications for your favorite teams, individual games, and events; team rosters with stats and images; and live highlights during games.

MLS MatchDay was updated to version 4.0 in late-February of 2013. The current version has a total of 25 customer ratings with an average rating of four out of five stars.

I am not a massive soccer fan but I can certainly appreciate this app for what it is: a soccer lover’s dream come true. This is the official app of Major League Soccer and it absolutely does not disappoint, the sheer amount of content available is staggering. You will, however, need to upgrade to MLS Live to get the most of this app.