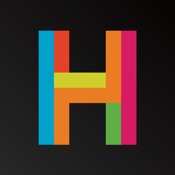 Hopscotch HD by Hopscotch Technologies is an iPad app designed for kids to allow them to make their own animations and games.

It's not just adults who can create animations and games thanks to this app. Now kids can let their creativity out thanks to this simple user-interface that is completely kid-friendly. This app was actually inspired by MIT's Scratch and uses the drag and drop functionality of your iPad.

Kids will be moving around method blocks into scripts. As soon as their script is done all they need to do is tap on play and the code will come into action. Kids can add custom events, and more objects once they become familiar with the app. Advanced features include tilting and shaking your device.

This is all about letting kids learn about the fundamentals of computer science, as well as building and tweaking their own creations. This is a great interactive and fun way to introduce kids to programming, which is great considering the number of computer jobs just continues to grow. The app is ideal for kids’ ages eight and over. They will be able to create programs in mere minutes as they marvel at their results.

Hopscotch HD was released on Apr. 16, 2013 and currently has 17 customer ratings with an average rating of four and a half out of five stars.

While this app sounds like it’s something for the adults the user interface is built in such a way that it’s completely appropriate and fun for kids.