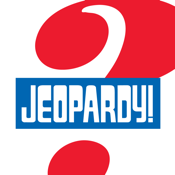 Jeopardy! HD by Sony Pictures Television brings all of the fun of the classic television show to your iPad, testing your knowledge across a range of subjects and spanning a variety of exciting game modes.

This game features the voice of show announcer Johnny Gilbert and has more than 2,700 clues to put your general knowledge to the test.

One small, but very amusing feature of Jeopardy! HD is that you can use your iPad touch screen to write your name on the podium at the beginning of each game.

The fun doesn’t end there; once you’ve mastered the game there are additional clue and avatar packs for you to download so you can continue to play and expand your knowledge even further.

Jeopardy! HD was updated to version 2.4.6 in mid-October of 2012. The current version has a total of 604 customer ratings with an average rating of 3.5 out of five stars.

I don’t think this game is incredibly entertaining but it isn’t terrible either. I wish it had the actual game show host's voice (Alex Trebek). Jeopardy! HD is well presented and I like that you can customize your own avatar to a certain degree; this is just a basic multiple-choice quiz game so if you enjoy general knowledge questions then be sure to check this out.