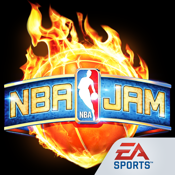 'NBA Jam' is Too Big For The iPhone

EA Sports video games have always been a part of my life, from my first Nintendo 64 to Xbox 360 and everything in between. And, NBA Jam was one of the best 90's arcade games on the planet. I never expected to find sports games on my iPhone, but alas here I am playing as Kobe Bryant and Pau Gasol against Paul Pierce and KG in NBA Jam at the local coffee shop. Basketball is by far my favorite sport, and I’ve always enjoyed playing basketball video games, but the iPhone sadly doesn’t provide quite the b-ball experience of a 42 inch tv.

The first issue is the controls; with no joystick or d pad the game provides one onscreen which can be difficult to maneuver and doesn’t exactly translate into life-like movements for the players. Another issue is spacing; the depth perception can get confusing so you’re not sure if you are standing directly under the basket or 5 feet to its left. While it is asking a lot for realism from a game where the players heads are all gigantic and dunks send them flying 25 feet in the air, NBA Jam’s utter departure from reality makes it no more exciting than closing my eyes and imagining basketball being played on the moon.

A solid effort from EA Games brings basketball to the iPhone, but the game itself suffers from a lack of space and loses out on some functionality. Editor's Note: NBA Jam also comes in an iPad version, NBA Jam by EA Sports for iPad. This review is specifically about the iPhone focused version. AppPicker Rating: 3 / 5 Stars Pick It Up in the App Store: NBA Jam by EA Sports Other apps by Electronic Arts 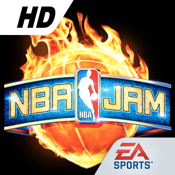