This is a very interesting game which sees you taking the role of Greenpeace activist Diana Green as she traverses the hazardous terrain of the Arctic to put a stop to the exploitation of natural resources by soulless corporations in a peaceful and non-violent manner.

The best green apps for iPhone

Greenpeace Arctic Defender 13 is essentially a test of your reflexes as you’ll have to jump and slide your way out of danger as you cover more and more ground on a quest to save the Arctic.

This is a very well-presented game with fantastic graphics and a very slick original soundtrack, and it always conveys a very powerful message of non-violent activism as being the only true way to protect the planet from environmental threats.

Although I’ve never been a great follower of Greenpeace, I do think that there lies in this game a great message.

The best green apps for iPad

Unlike the vast majority of action and adventure games, Greenpeace Arctic Defender 13 features essentially no violence at all, so you’ll have to jump over pitfalls and avoid hazards rather than aimlessly butchering enemies who stand in your way.

I think this paints a much more realistic and responsible picture for the younger generation who are growing up in an environment filled with excessively violent imagery. 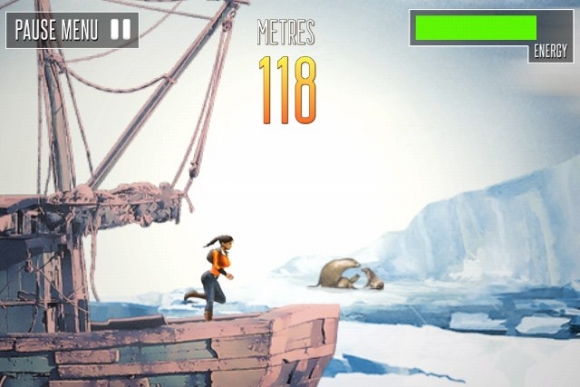 The game play itself: basically it involves you jumping or sliding by swiping up and down on the screen in order to avoid obstacles. As you get further into the game, you’ll cover more and more ground which is recorded as Arctic Meters Covered, and there are various badges you can collect at the end of each stage.

I’ve found the game play to be a little repetitive over time; however, there is definitely an addictive quality to it, and I think the message behind it all is far more important than the fun factor so I would still certainly give this game a strong recommendation.

There are also links to the online Greenpeace petition to save the Arctic, and you can sign up using your Facebook account. It really couldn’t be easier so please consider checking this game out because it’s for a good cause and, well, it’s fun! 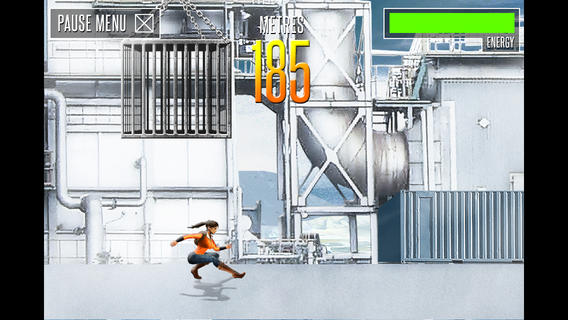 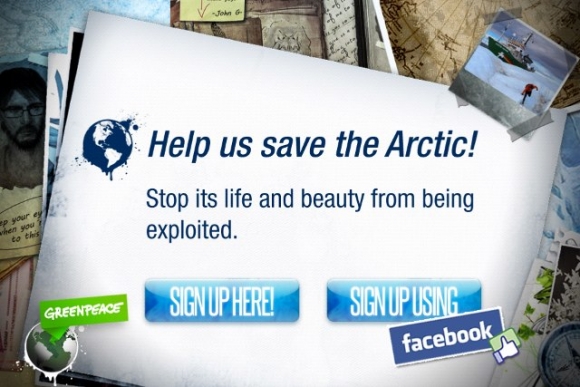 As I mentioned, this game is professionally developed and has a very catchy soundtrack to accompany the equally decent graphics.

Greenpeace have been established for more than four decades and I’m surprised it has taken them this long to release a game of some kind. Nevertheless, this is a very fun little game with a powerful message at its core, so I would definitely recommend taking it for a spin to see what you think!