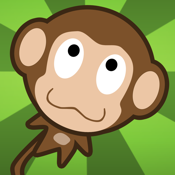 [gallery] [Editor's Note: We invited our Writers to pick their personal favorite apps released in 2011. This is Flor Escobar-Rodas' list. See our other Writers' picks by clicking here. AppPicker's best apps of 2011 will be published later this week.] Below is a list of my personal top apps of 2011. This year I noticed a great deal of improvements in the graphics department for apps. The majority of my top apps are games and all impressed me with their overall color design and clean graphics, making the games quite intriguing. Next year I'm hoping to encounter even better graphics with a nice 3D kick. I also hope more apps do not shift to the fermium revenue model since I prefer the separation of free versus paid apps. But there is no denying the freemium model as category is growing at a fast pace. My favorite apps are presented in alphabetical order. Please enjoy my list and check the apps out. Click on the blue app title to learn more about it and to download it in the App Store. * Blast Monkeys (iPhone) by Yobonja: This puzzle game involves a monkey blasting through obstacles for bananas with the help of cannons and balloons. I love this game because it can get a bit tricky, and I always like a challenge. The design is simple yet cute with plenty of levels. It’s a good game to pass the time! * Bubble Blast 2 (Universal) by Kreactive: Although very one-dimensional, this puzzle game kept me addicted for a long time. The objective is to pop all the bubbles on the screen with a limited amount of “touches.” Many bubbles require more than one touch so figuring out which ones cause the rest automatically pop takes time. I’m a fan of puzzle games, so this game is a favorite. The little popping and bubble sound effects gave the game cool points for me as well. The huge eyes on each bubble are also pretty amusing. * Bullet Time HD (Universal) by Kiloo Games: This is an awesome shooting game involving the killing of dangerous mutants. There is plenty to do involving guns and explosions. I love the accessibility of the defense equipment for it allows player to choose what to use in the time of battle. The visuals are of great quality with a nice little 3D kick.

* Hanging With Friends (iPhone) by Zynga: A game also by Zynga, Hanging With Friends is another word game similar to hang man. With the character hanging by a few balloons, the player must guess the opponent’s word or else his or her character may fall into lava. I love this game because the characters are lively and funny. If the player guesses a correct letter the character will smile, but if it is a wrong guess the character will express a face of disappointment or fear. The game also includes aspects of Words With Friends, which gives the player points for every word created. These points add up to coins that may be used to customize the balloons or character. The ability to choose different character and balloon designs definitely kept me playing. It’s a fun way to interact with friends as well.

* Hedgehog Adventure HD (iPad) by Chlova: This is an extremely cute game involving a hedgehog on the move to collect fruits and nuts. Although the game may seem easy, a lot of levels take a little more time than expected. The overall design is not too corny and the color scheme is very soft. Great game! * Jelly Defense (Universal) by Infinite Dreams: Set in a far away planet, the player must carefully place his or her jelly characters in order to tackle Jelly enemies as they attempt to steal the planet’s jewels. The little Jelly monsters stand out due to the grey background, adding a nice contrast to the color scheme and allowing the player to concentrate on tackling the enemies out. I love this game because it is a strategy game with great visuals and graphics.

* Sonic & SEGA All-Stars Racing (Universal) by SEGA: A combination of Mario Kart and SEGA, this kart-racing game brings back Sonic and other SEGA characters like Tails and Dr. Eggs to life. Like Mario Kart, characters may pick up items to prevent others from succeeding in the race. The game also has a nice drifting option, which really set the mood to race. I love playing games involving retro characters and this one is by far the best. * Tiny Tower (Universal) by NimbleBit: Since I am not a real millionaire or own any property, I play Tiny Tower to imagine and bring my desired estate to life. The pixel-themed game reels in a lot of virtual money for me as I design my own building and rent it out to virtual people. I can create a store, apartment complex, laundromat or restaurant. I can even evict people for any reason, which is pretty amusing. Here I am in control of my property and do not have to worry about paying rent!

* XenoCube by Digital Embryo is a puzzle game involving the use of a 3D cube with a variety of little colored boxes all around, in which players must match three or four in a row. The visual effects of the colorful fireworks and raging fires exploding all over the screen is amazing. The cube is easy to handle and extremely sleek with all its boxes glowing of neon colors. Amazing graphics and the overall theme is interesting- a sort of ancient world housing a futuristic realm through the xenocube. This is a great app recommended to all. Be sure to check device compatibility in the App Store before downloading any app. Related Article * Best NEW iPhone, iPad & Mac Apps Released in December 2011 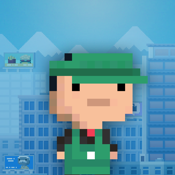 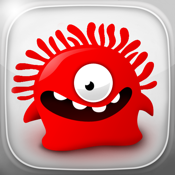 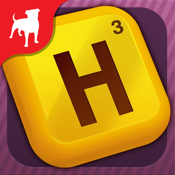 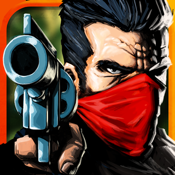