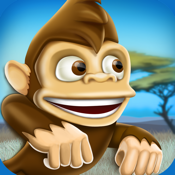 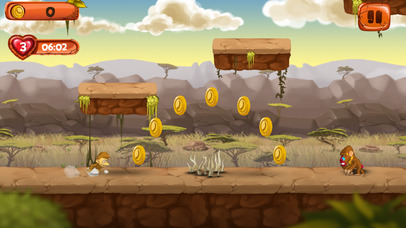 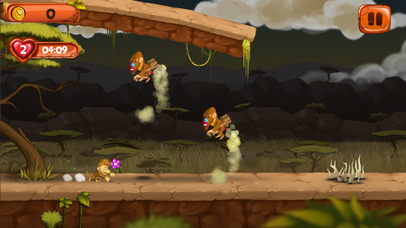 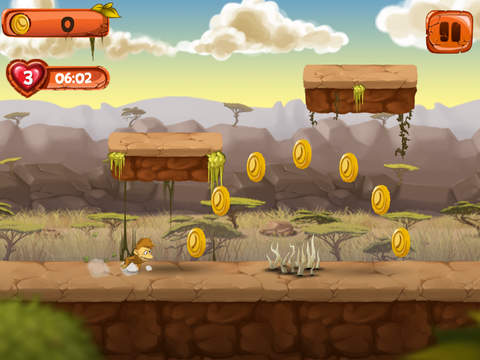 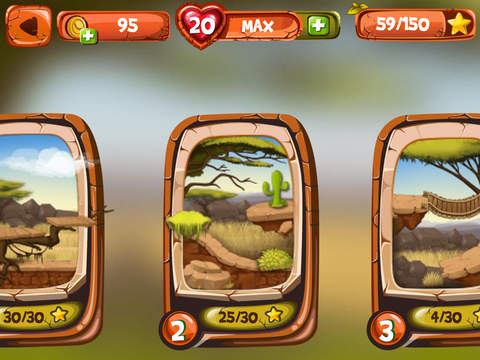 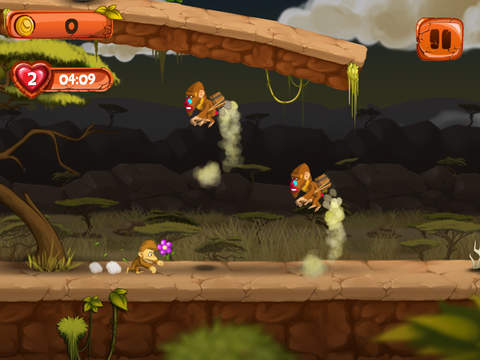 Prepare for a fun-filled journey with our monkey friend Bobo! Get ready to run, jump and smash baboons on your way through Savanna Island! Download Banana Island Monkey Fun Run, an insanely fun side-scrolling adventure game, and make our monkey go happy running like hell in this addicting 2D platformer!

* SIMPLE TAP CONTROLS *
Power Jump - Tap to jump, Tap & Hold for an extra long jump!
Mega Glide - When in air, Tap & Hold to glide through the clouds!
Super Drop - When in air, slide down to drop faster and kill baboon enemies around you!

▶ Go on a mega running adventure!

Bored by playing platform action games with old grannies, bunnies, and zombies on their temple races? Go on a mega running adventure, have a blast playing with Bobo, and get addicted to this incredible monkey running game for kids! While running and collecting coins, avoiding obstacles and fighting angry baboon enemies, go for bananas and make our monkey go happy!

Banana Island Monkey Fun Run will take you on an epic ape journey with its fast-paced gameplay and tons of run n jump action! This innovative monkey kick off game will take you on a banana adventure where you'll have to fight angry monkeys and dash deadly obstacles on Savanna Island to have a mega monkey flight!

Crazy “monkey run”! Despicable baboon king has kidnapped Bobo's girlfriend Lily and wishes to make her his jungle queen! Save her before it's too late! Enter the jungle survival, prepare for the most thrilling animal escape ever seen in “run and jump games”, unlock new worlds, and beat'em up in this jump n run quest! Blast the baboons and flight from evil in the best RPG monkey racing game ever!

Get your ticket for a wild jungle ride, and make our monkey dash happily through dangerous savanna and mega blast his enemies in this super run and jump classic arcade game for children. Let's kick off a mega jumping and coin collecting mission on Savanna island! Download this parkour adventure and prepare all the jungle animals for gorilla revenge! Start racing and follow the line towards the dark Temple to show us what a free jumper you are.

▶ Mega “monkey banana” quest is waiting for you!

”Banana Island” Monkey Fun Run isn't just one of many classic arcade games! Battle the flying baboons, and beat the angry gorilla king in this epic jungle monkey saga to be the coolest monkey in jungle! Get the best of fun run side-scroller games for kids for kids of 3 year and adults as well, run free, and save your girl from the jungle temple! Be the ultimate banana ninja and put an end to this jungle war! 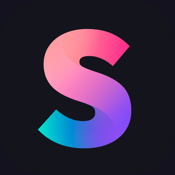