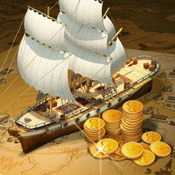 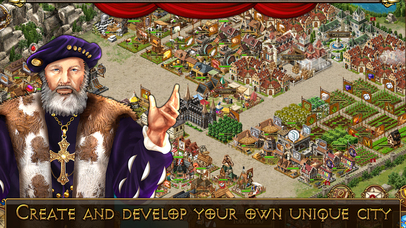 Welcome back to Empire World!
It's more easy to play and enjoy than the previous version.

As of now, it may look nothing no more than just a tiny city in several nations, you can transform it into a rich and prosperous empire through your splendid city management skills and strategies!

You don't have to produce all the items you need to distribute to your citizens.
You can always purchase items in the market at economical prices.

Create profit by trading more than 70 different types of goods and merchandise with the players in the same nation.

Build merchant vessels and trade with the players in other nations.

Going to wars is sometimes prerequisite for building a powerful empire. Build strong battleships and blow your enemies out of water! It's always a good idea to strike up an alliance with other cities in your nation.

You can be the true hero of our age.

-You need an internet connection to play this game.
-You can transfer game data to other devices by copying your game account.
(Not possible to play the game in two different devices simultaneously)

If you have any questions about the game, feel free to contact us at any time: