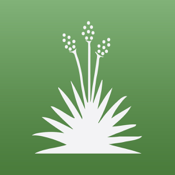 San Angelo Country Club was established in 1920 when Bernie Alexander, Dwight Hunter and C.C. McBurnett purchased the John Findlater Farm overlooking the Concho River for a little over $10,000. Bernie Alexander laid the plans for a nine-hole course. He went to work himself with a crew clearing the land of prickly pear and mesquite trees. The primitive course would have cottonseed hull greens for the first few years. When the oil boom hit San Angelo in 1927 it was decided that another nine holes would need to be added. John Bredemus (associate architect for the Colonial in Fort Worth) was brought for the design. His design laid out the nine outside holes and revised the nine inside holes. The original club house dubbed “La Casa Grande” was built and furnished when the first nine holes were laid for $35,000.
With a fully equipped kitchen, hardwood floor ballroom, dining room, locker rooms and verandas overlooking the river it was hailed as a gem of the community. San Angelo Country Club has been updated several times over the years and remains as unique and beautiful as the gem that first graced the Concho River those many years ago.

The app is equipped with a cutting edge GPS, Scoring & Stat Tracking system. It is also designed to keep members up to date with the latest news regarding the club.