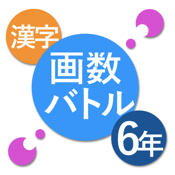 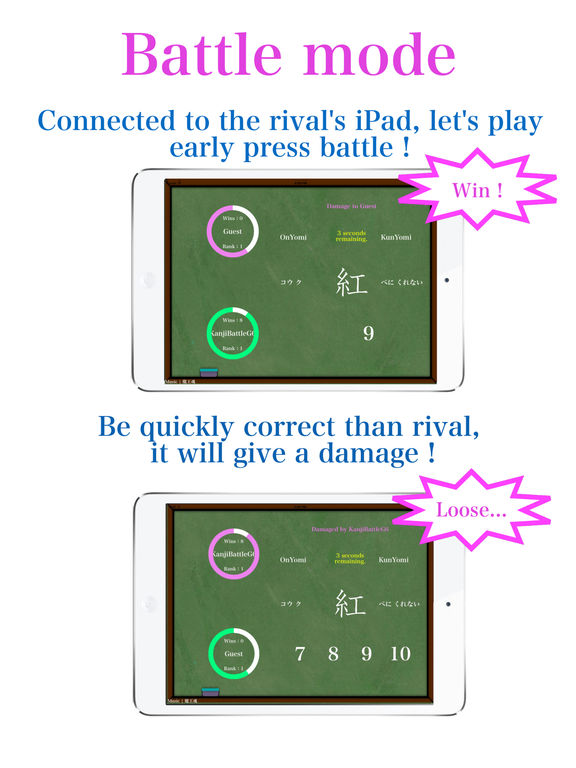 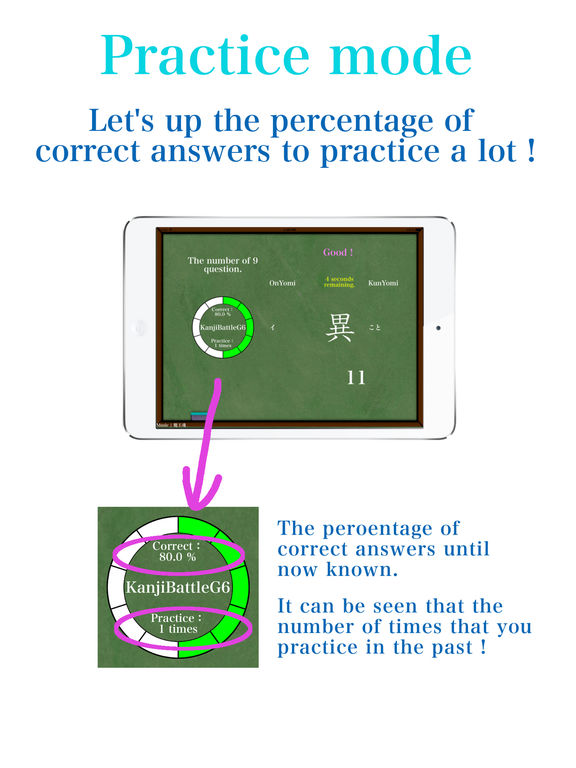 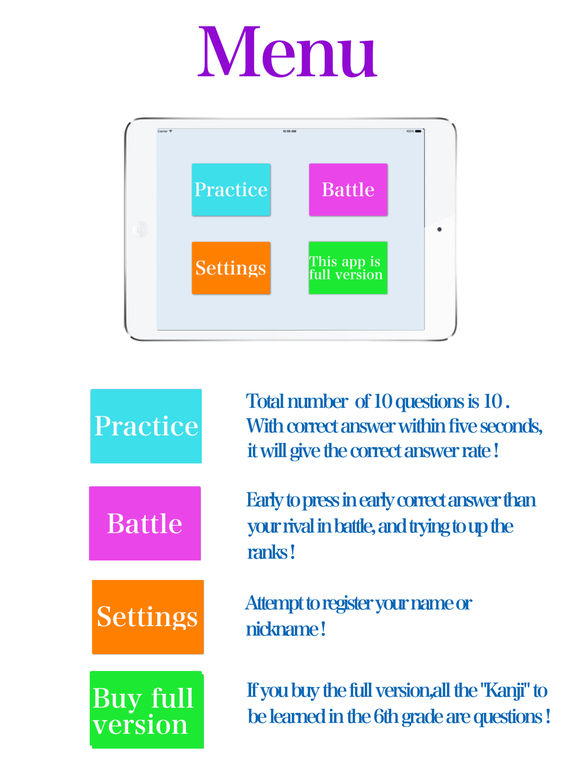 [ Fighting mode ]
By connecting with the iPhone and iPad of your friends or family, Compete Press early either can correct the number of strokes called "kakusu" of the "kanji".
Enough to win if you win in the competition, rank increases, your defense and attack power is up so you can advantageously promote the match.

[ Even if you're an adult! ]
Daily, those who tend to forget the kanji relying on PC also be to play with your children "Kanji Battle",
you remember the "kanji" that you had forgotten.
Strokes called "kakusu" the chances are very good that you will understand and try to write "kanji" with your finger. It is recalled the memory of "kanji" that are forgotten while you do not know.