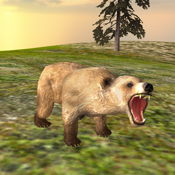 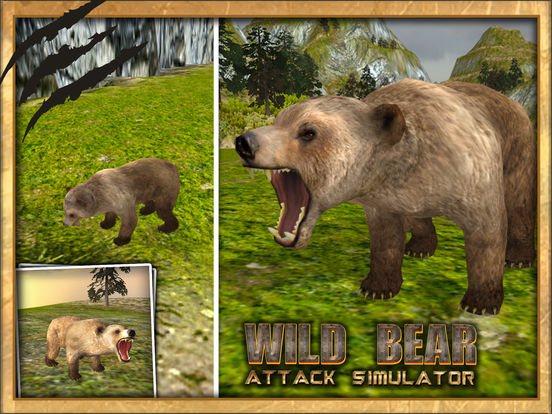 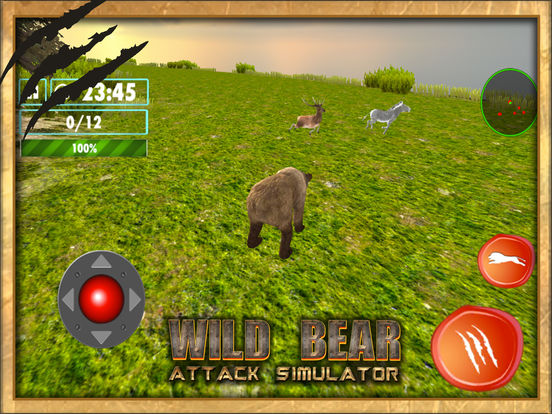 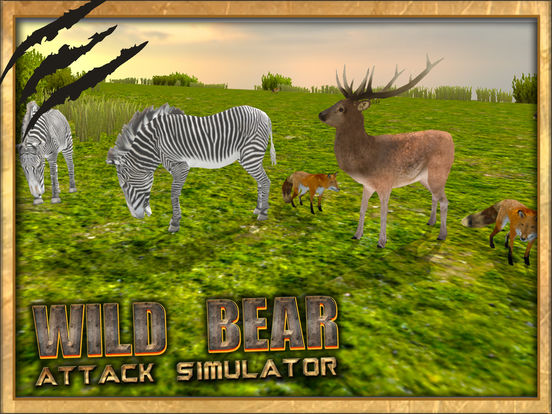 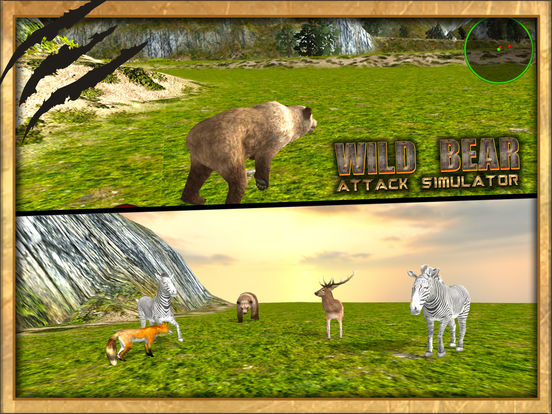 Test your wild hunting skills and go deep into the forest and jungle safari which is wild, ferocious and haunting, attack and kill wild jungle animals in this fun packed simulator game of Wild Bear Attack Simulator in 3D. Survive in a frigid environment filled with dangerous carnivores and tasty critters! Wild Bear is a ferocious and deadly beast specially when in real anger to kill and attack other jungle animals. Now you can play and simulate into the dream of being a realistic wild attacking bear and become the most powerful animal in the forest. Before going to hibernation eat all you can catch beware of the hunter, bear traps and bees.,

Immerge into the skin of a burly, bulky WILD Bear! It's a real time to attack and revenge the jungle with your gigantic powerful paws and claws. Roam around in the wild jungle and search for your food for survival! Enjoy your attacking simulation and hunting instinct. Use your bulky form and strength to fight and attack the wild jungle animals like lion, tigers, deer, rhinos, wolf, cheetah, panther, leopard and snakes! Show the big wild cats like lion who the real King and Ruler of the jungle! Use smooth attack controls to fight and kill other animals! Eat the hunted animals as food and gain strength.

Wild Bear are the most feared and fierce wild beasts among the wild animals found in the dark jungles and forests! Raise your family; pounce on prey, and battle for your life against wild and dangerous predators like foxes, wolves, and killer whales! Use your powerful claws and jaws to hunt down and fight your prey! Deliver the killing blow by leaping through the air and pouncing on your enemy! Gain experience by defeating dangerous predators, eating small animals, and completing missions. Level up your bears to increase their health and attack damage, unlock new fur colors, and gain new powers like Stealth Mode. Discover snow covered mountaintops, frozen lakes, and massive ice caves! Dive underwater and explore the world from below with ocean predators and tasty fish!

As an angry and vicious, Harmonious Wild attacking Bear, coldhearted and fast Snow Wild Polar Bear, and scary and cruel Wild Bear with sharp saber tooth and powerful claws, simulating and looking to hunt and slaughter anyone who comes within your sight. Close in for the kill and ATTACK! The jungle and forest place is filled with giraffes, sheep and other animals. Don't forget about the humans; simulate and hunt them all down with your sharp jaws.

CAUTION! There are some bear hunters with sharp shooters loaded with sniper stalking into the jungle and dark forest and searching for the wild bears to hunt! Always be on guard! Run around and complete the levels before the time is up! Wild Bear Attack Simulator game makes you to jump into an adventure as a Real Wild Bear in attack mode. Look for your next innocent goal to kill, simulate and execute the target to survive in the Wild! Enter into wilderness ever before and live life as a Bear! Feel like to control a Real Angry Wild Bear?

••• GAMEPLAY •••
Maintain your health, hunger, thirst and energy to survive in a hostile forest while simulation, use your saber tooth sharp teeth and powerful claws, iconic howl, and swift speed to catch a tasty snack or fight dangerous foes! Gain experience by defeating other animals and level up to increase health, attack damage, and even unlock new abilities and levels! As an Angry Wild Bear attack and freely roam simulate into a massive open-world forest and safari jungle filled with dangerous carnivores, towering trees, and sparkling pools of water!

Wild Bear Attack Simulator 3D, is a realistic wildlife simulator and hunting game with amazing graphics, sounds effects with Wild Bear simulation makes it even more thrilling to play. Time to kill your prey because this is how a real wild Bear lives!