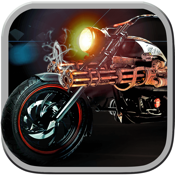 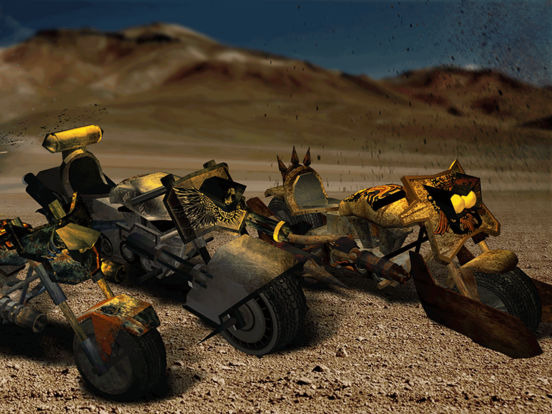 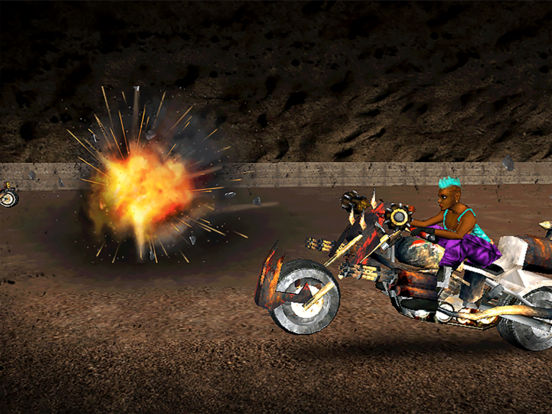 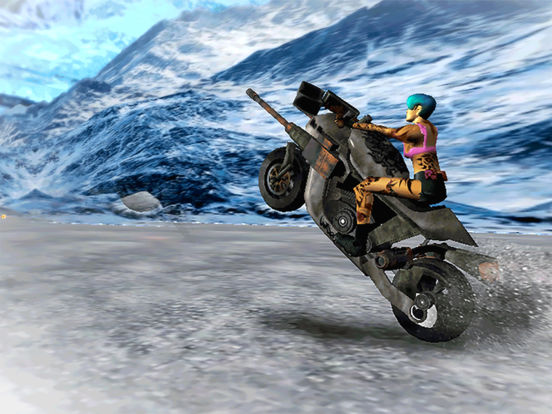 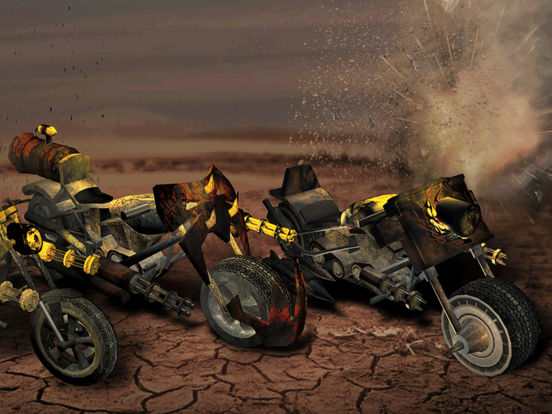 **Fantastic Graphics Game is currently supported on iPhone 5 and higher and iPad 3 and higher Devices.**

Kill Enemy , Boost the Nitro,Destroy the obstacles and Auto Trigger Accelerometer will give you Thrilling Racing Experience in HD 3D Environment.

The Bike Physics is totally realistic and allows gives you experience of Real Racing.

Enjoy Racing in 5 Different Environments of Jungle,Desert ,Mountain,Highway and Destroyed City with 6 sub missions in each Environment.

War Bike Racing is easy to pick up but hard to master which will keep you in the zone for hours.
Death Moto style of killing enemy gives you ultimate Experience of fighting while Racing on the Bike.

Here is your chance to step up and prove that you are the most intense and competitive biker!

The BEST and MOST POPULAR free 3D racing game ever has fantastic Features:
- 5 Unique Environment in Career mode, from easy to very technical.

If you like Deadly Fighting with Moto Gp Racing Style then this is the best Sport and Action Racing Game for you.

Have you got what it takes to be the BEST BIKER on iOS?

Bike Race is brought to you by Motion Art Games, the creators of the #1 free game for you in the Apple Store.

● Play it anywhere
War Bike does NOT require any internet connection. You can have fun racing in the subway, while flying on a (real) plane, in the car on the road, during services in a temple (or maybe even on toilet!)

● Low data usage
This free game will not consume tons of data from your mobile plan that you'd want to use instead to surf the web, watch youtube videos and listen to free music

● Compatibility and support
we're continuously working (hard) so that all iPhone phones and iPad users can play it but current version supports iPhone 5 and higher iPhone devices and iPad 3 and Higher iPad devices.

If you grew up liking Road Rash games or Moto Gp games, you are going to love Bike Racing!

It’s as realistic as it gets combining the laws of Physics and the adrenaline rush that one gets when racing an actual bike on the highway.

Citizens of the Gaming World, Go Dhoom game with Biking.

If you grew up liking Road Rash, you are going to love Bike Racing!
First time in the history of iOS moto racing, there comes a extreme bike game that is the perfect answer to your need for speed on a bike. It’s as realistic as it gets combining the laws of Physics and the adrenaline rush that one gets when racing an actual bike on the highway.

Drive the fastest motor bikes, race the traffic and unlock other vehicles! Become the best biker on the road.

Face the challenges of unique hill climbing environments with many different Bikes.

Welcome to the game of Death Race. The only rule of this game is to stay alive. Would you present all your respect to the death?

Select your fastest vehicle and most powerful weapon to clear all the barriers on the street, fight with the most fierce and cruel wanted man. Race like lights and fight for survive.

the most exciting battle on your mobile devices and to feel like a real game on the street to defeat enemies. Challenge your friends and to prove your ability of racing skill. From zero to a most wanted man.

*racing on street, aim and destroy all the enemies.

Check out the other great free games we've made!
https://www.facebook.com/motionartgames