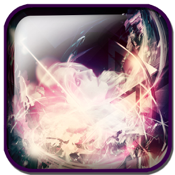 Men of War: Assault Squad 2 is a real-time tactics / strategy game set in World War II. It is a sequel to the 2011 game Men of War: Assault Squad. The early access version of the game was released on March 20, 2014. This generated some controversy, since the full game was supposed to release on this date. It was fully released on the 15th of May 2014.
The same as: BlazBlue Continuum Shift, The Swindle, The Crew Wild Run, TEMBO THE BADASS ELEPHANT.
With our Unofficial Game Guide become an expert player and get unlimited coins! This guide is for anyone looking to play the game like the pros do. Are you frustrated with running out of coins? Or perhaps you are just looking to learn how to enjoy the game more? No matter what you are looking to do our guide will help you get a greater level of success. Don’t delay, become a pro player today!