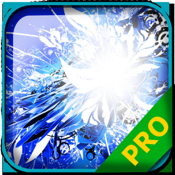 SSX Tricky is a snowboarding video game, the second game in the SSX series published by EA Sports Big & developed by EA Canada. The game was developed under the working title SSX 2. The game, which builds on the previous SSX game, is named after Run-D.M.C.'s "It's Tricky" remixed by K-Rec, which is featured throughout the game. The game was released in 2001 for PlayStation 2, GameCube and Xbox and was later ported to the Game Boy Advance in October 2002.
With our Unofficial Game Guide become an expert player and get unlimited coins! This guide is for anyone looking to play the game like the pros do. Are you frustrated with running out of coins? Or perhaps you are just looking to learn how to enjoy the game more? No matter what you are looking to do our guide will help you get a greater level of success. Don’t delay, become a pro player today!