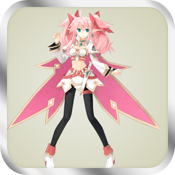 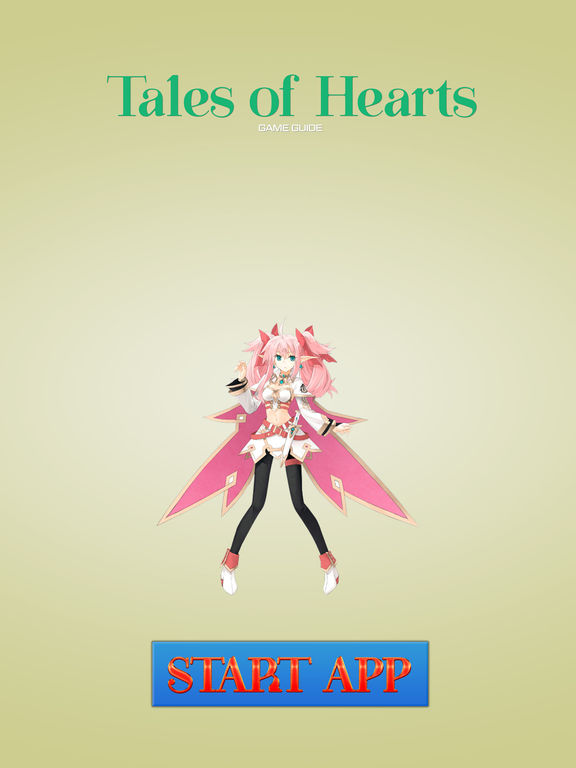 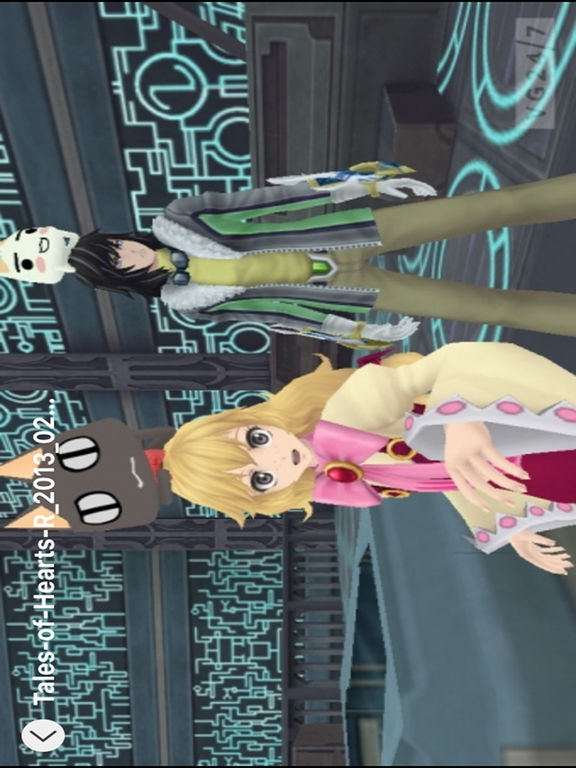 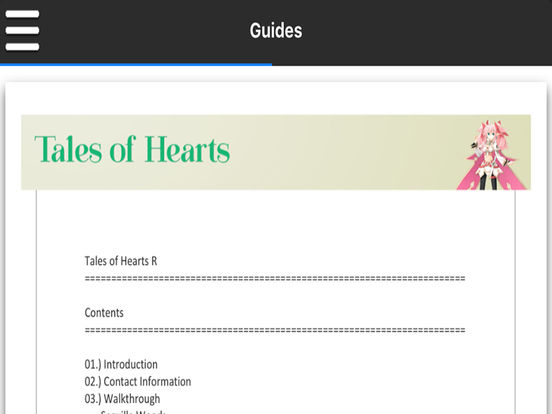 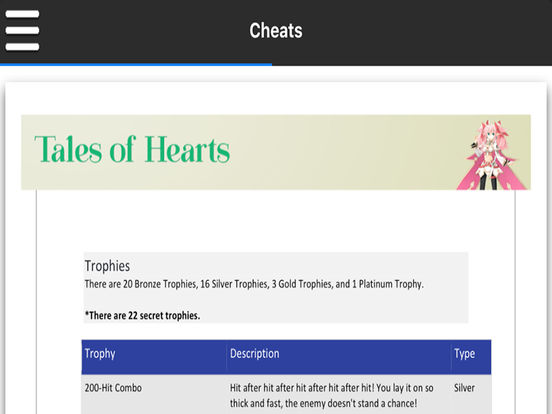 Like previous entries in the Tales series, Tales of Hearts is an action role-playing game. The game is split into two main areas: the field map and battlefield arenas triggered upon encountering an enemy. The battle arenas are fully rendered and played out in 2D. Characters are rendered outside pre-rendered cutscenes as 2D character sprites against 3D backgrounds. For the original Nintendo DS version, the top screen shows the main visuals, while the bottom screen shows the navigation map and other functions. Battles are triggered by running into enemy sprites rather than appearing as random encounters. As with previous titles, Skits, extra conversations between characters, are available for the player to trigger.

FEATURES: • Walkthrough Videos • Read character bios • Guide on every level • Cheats and tricks in level • How to get through Challenge Modes • Manual Game Guide • Trailer Videos • And many more

Download This Game Cheats Guide for the Tales of Hearts app now! 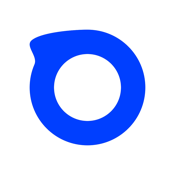