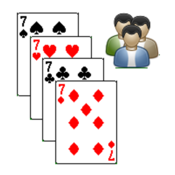 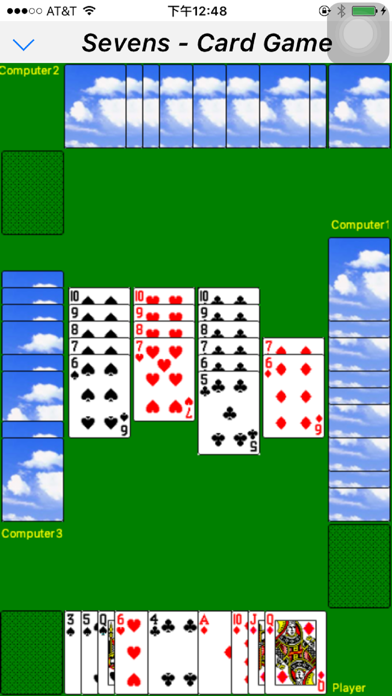 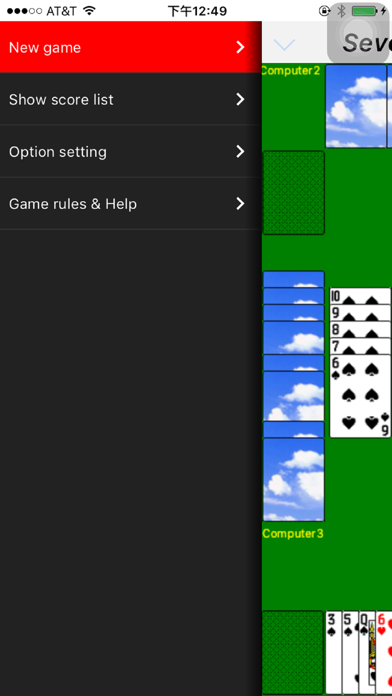 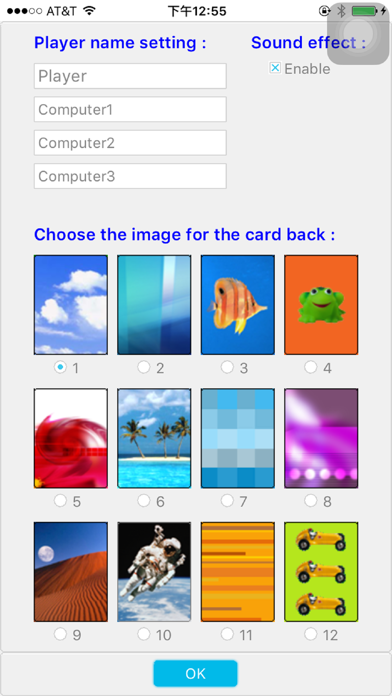 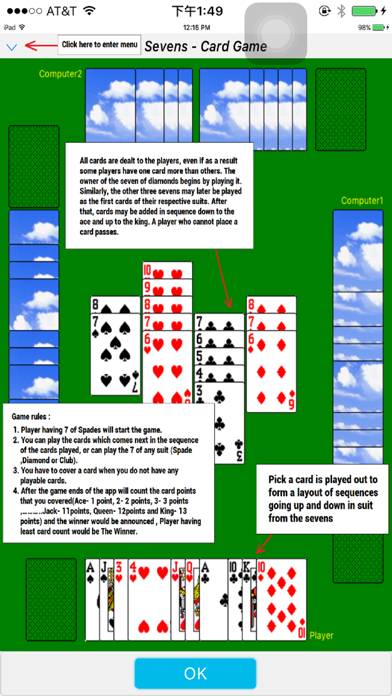 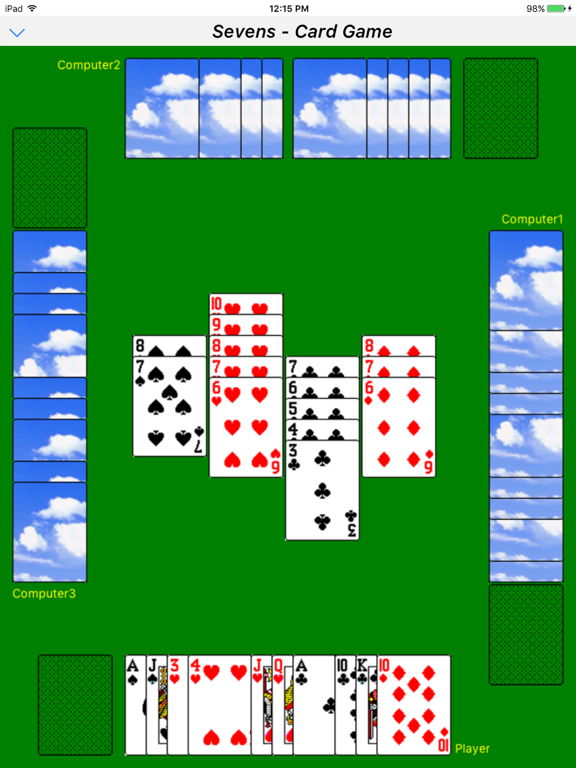 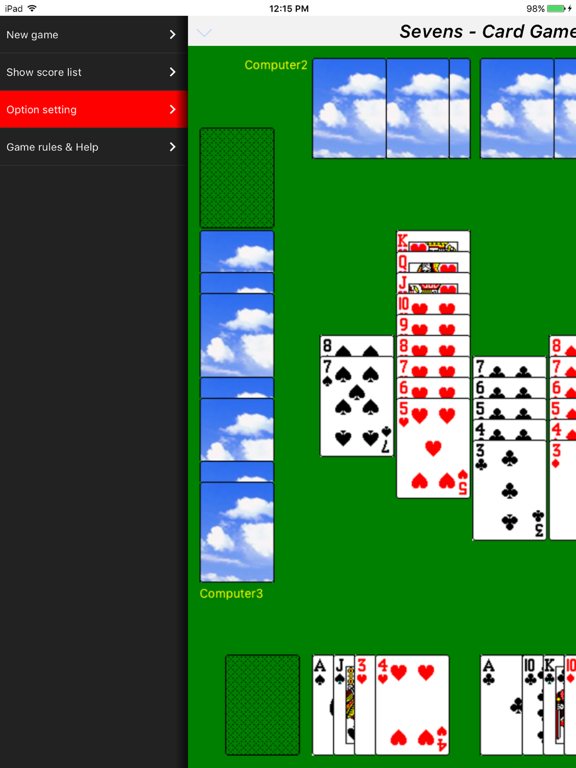 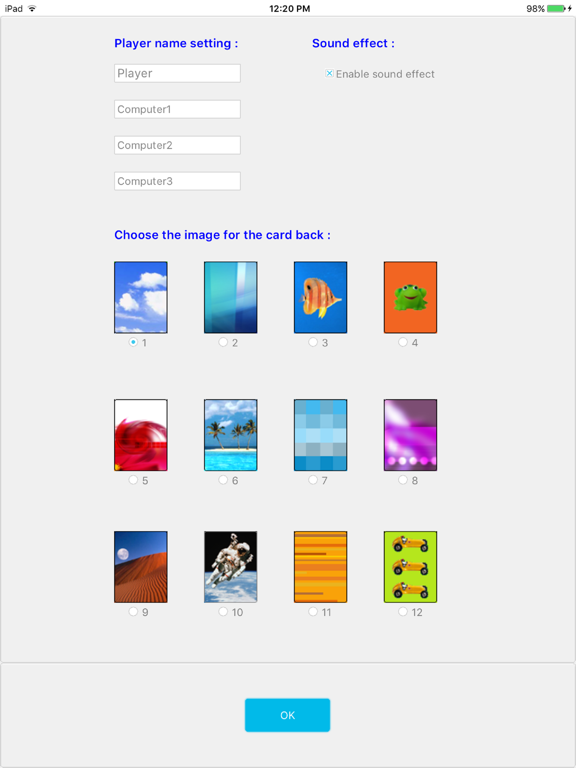 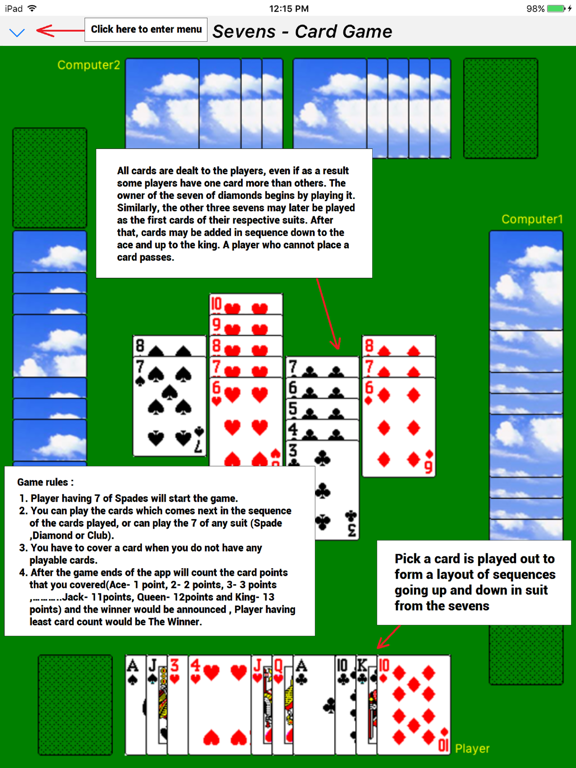 Pick a card is played out to form a layout of sequences going up and down in suit from the sevens. All cards are dealt to the players, even if as a result some players have one card more than others. The owner of the seven of diamonds begins by playing it. Similarly, the other three sevens may later be played as the first cards of their respective suits. After that, cards may be added in sequence down to the ace and up to the king. A player who cannot place a card passes.

1. There are four players in a game, one is you, others are computers.
2. Player having 7 of Spades will start the game.
3. You can play the cards which comes next in the sequence of the cards played, or can play the 7 of any suit (Spade,Diamond or Club).
4. You have to cover a card when you do not have any playable cards.
5. After the game ends of the app will count the card points that you covered(Ace- 1 point, 2- 2 Points, 3- 3 Points,………..Jack- 11Points, Queen- 12 Points and King- 13 Points) and the winner would be announced , Player having least card count would be The Winner.
6. If someone's score achieve 300. The game will be over.