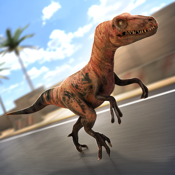 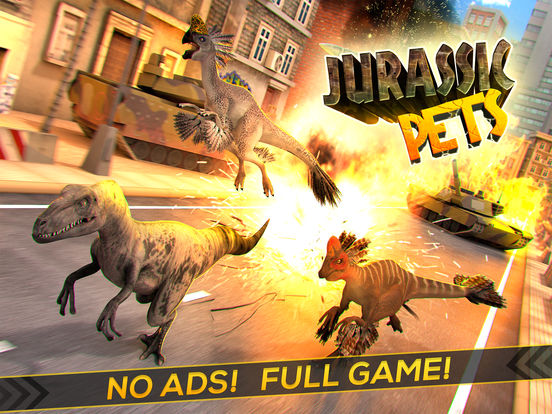 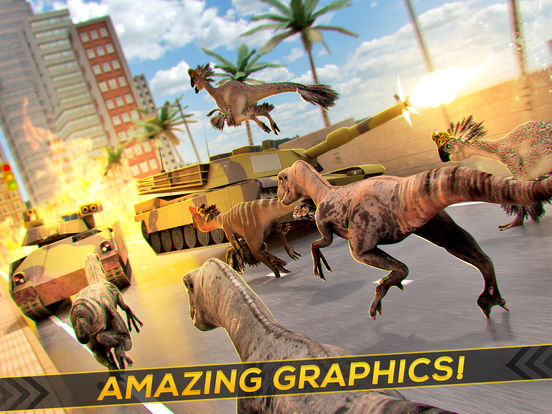 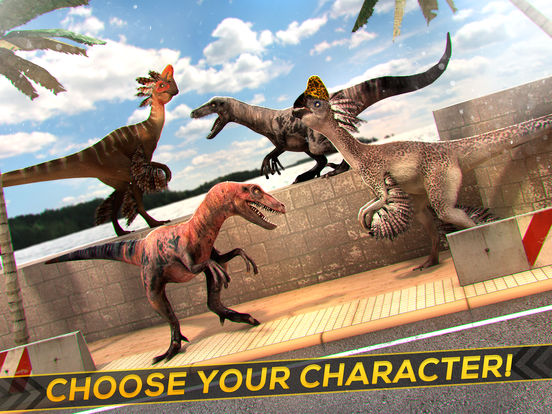 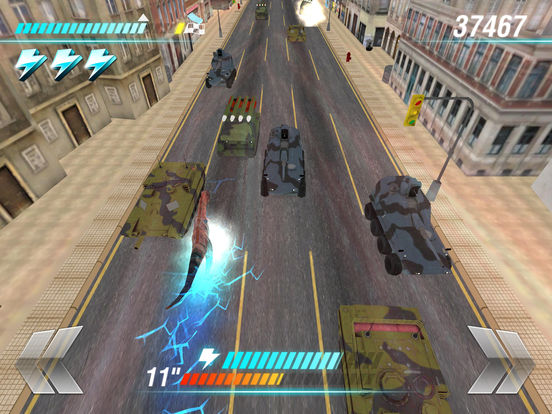 The city bridge is full of soldiers and combat tanks... what is happening?

We are on the year 3195. For several years dinosaurs coexist with humans in freedom and peacefully. Despite this, dinosaurs are not convinced about leaving humans ruling. They mistreat and hunt animals and dinosaurs and ruled the world high-handedly. Now dinosaurs are ready to win over the human cities. The war against humans has started.

We are powerful animals, tired of being hunted, and now we want to rule the entire world. Humans are weak and they can not hunt us if we are all together. Are you ready to go to war on our side!?

When you are ready, just start playing this amazing game full of action. Try to take over the city full of combat tanks, weapons and soldiers. You are a strong dinosaur, the hero of this funny game, and they will try to hunt you.

The war is getting more and more violent and as a dinosaur you have to run through the city as far as you can to let people know that dinosaurs are already conquering the world.
For the mission of this animal race games you can choose one of our four fearsome dinosaur leaders and start the race through the city to spread terror amongst humans. Your main goal is to survive the tanks attacks in a continued race towards the freedom of dinosaurs. Humans will be trying to hunt you. Combat tanks will be also waiting for you and the war will never end until a dinosaur achieve the highest score in this addictive races for your survival.
What dinosaur will you pick up for the combat for this funny game?