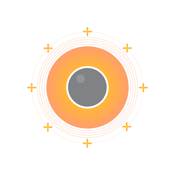 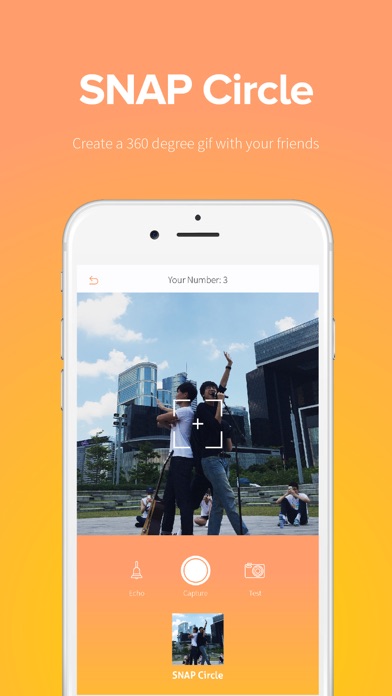 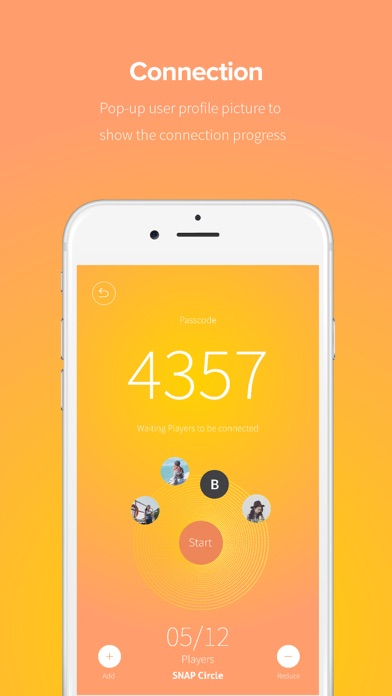 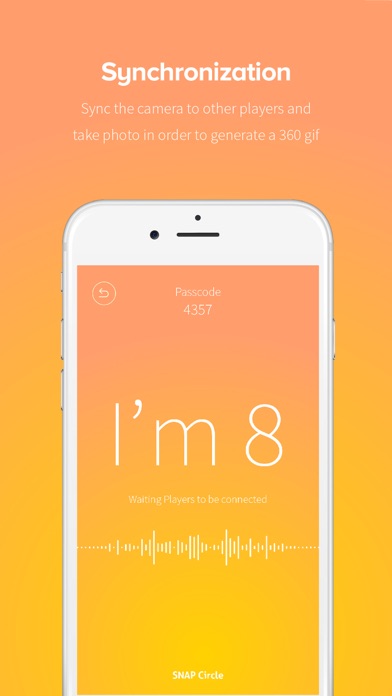 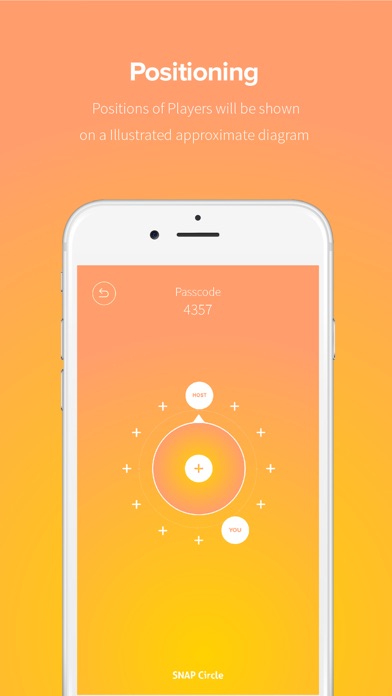 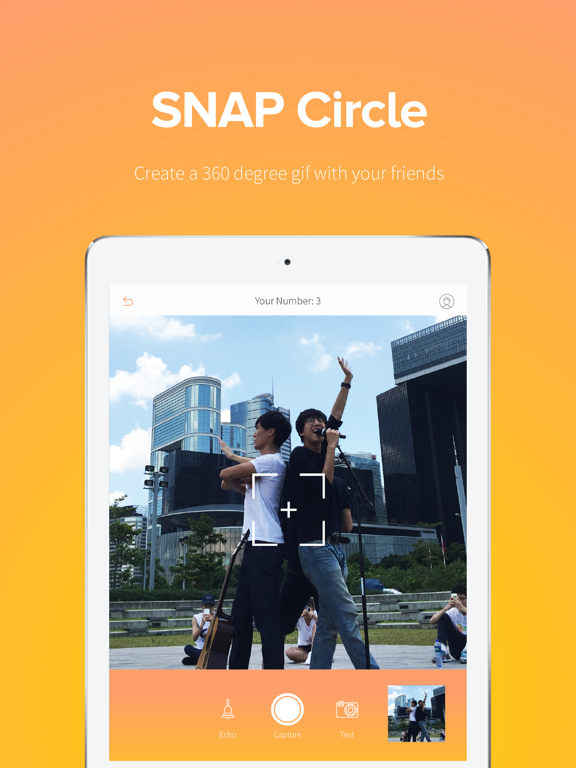 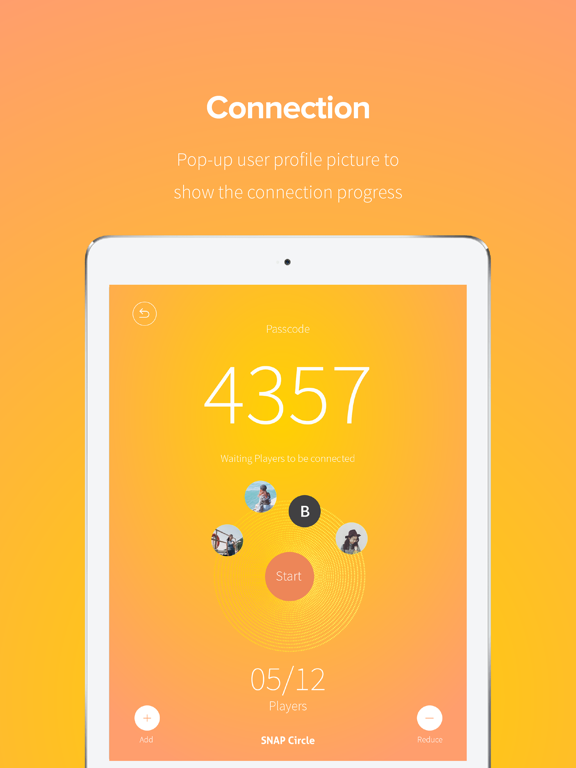 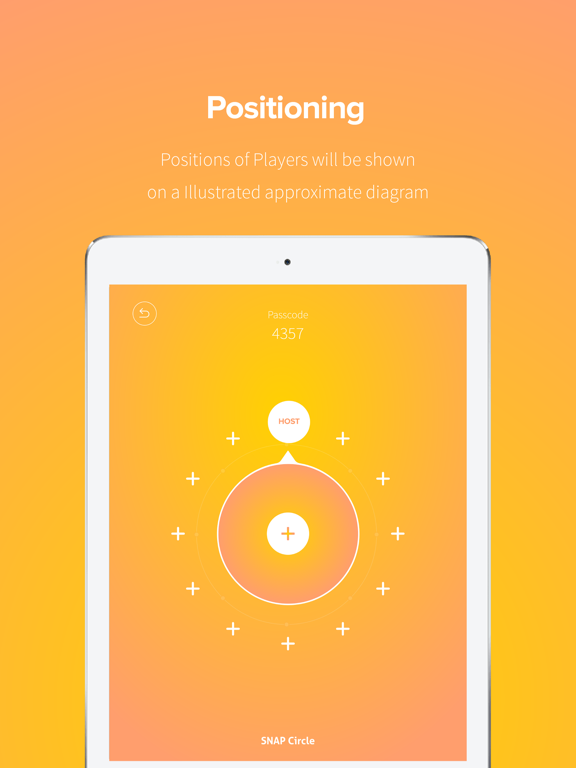 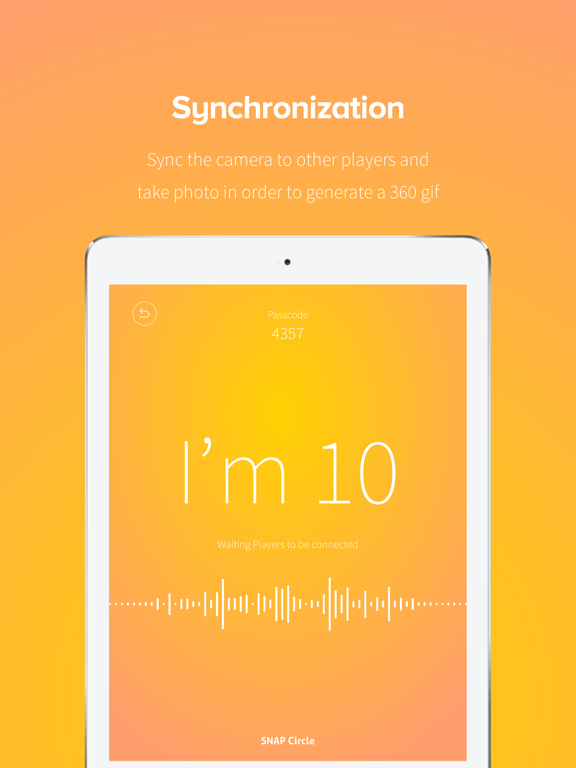 "SNAP Circle" is an experimental concept of creating a 360 degree gif by collective effort with friends.
Let's frozen the captivating moments in the form of still images whose perspective can be manipulated. And share the gif that loop back and forth with your friends!

Features:
- Synchronisation: Sync control up to 90 camera to take a full 360 degree of a center object
- Connection: Pop-up user profile picture to show the connection progress
- Positioning: Positions of players will be shown on a illustrated approximate diagram
- Easy sharing to Instagram, Facebook and Twitter or share them later from your camera roll


Innovative Workflow:
1. Find a group:
Find people (>1) that are interested in playing and set up your group.

2. Form a circle:
Form a circle and choose a person to host. The person who hosted the game is responsible for camera control.

3. Connection:
Connect the game by entering the passcode.

4. Make a 360
Once synchronised, each camera aim at common subject and ready to generate a 360 animated gif.

Organised by Hong Kong Arts Centre and exclusively funded by The Hong Kong Jockey Club Charities Trust, Jockey Club ifva Everywhere – ifva Carnival, the first local outdoor moving images festival, will take place at the Event Space of Hong Kong Observation Wheel, Central, on 24 to 25 September. Over 125 units of local creative practitioners, including media artists, filmmakers, illustrators, singer-songwriters will join at the Carnival, which combines movies, short films, animations, media arts, music and market all-in-one. Highlights include: the 48-hour Film Challenge that pushes the boundaries of short film production with passion and effort; drawing on 16mm films to make simple animation; creation of a 360 degree 3D short film by collective effort of each one shooting from a different angle; Open-air Screening of The Posterist, a documentary about Yuen Tai-yung, a local artist known for his creation of over 200 iconic movie posters; alongside Marathon screenings of short films.