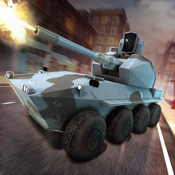 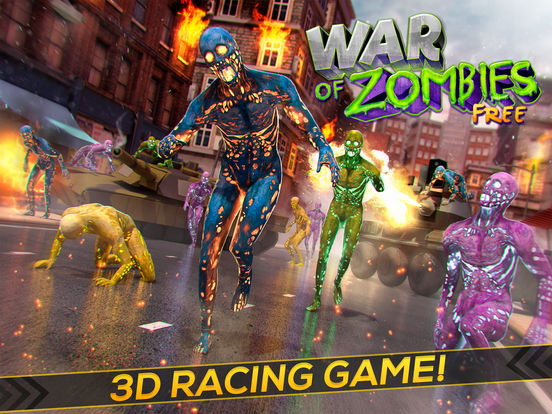 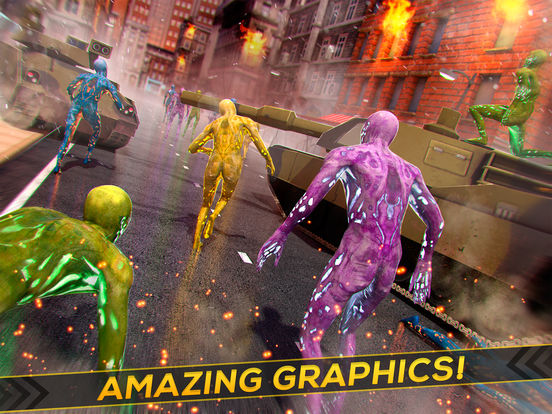 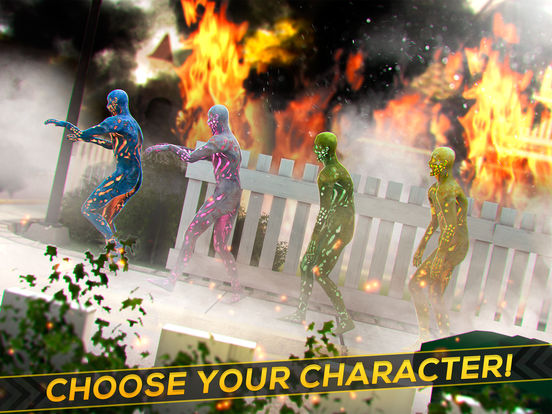 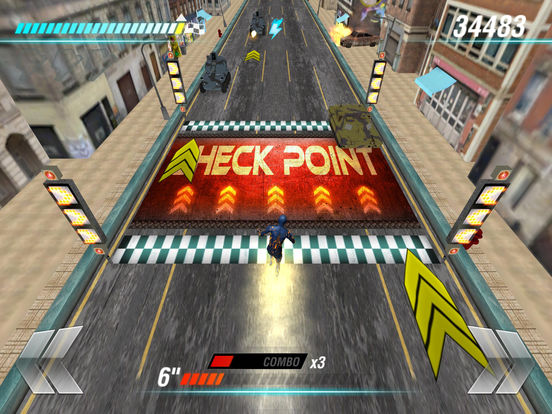 You are the anti-hero! The most terrific and disgusting creature a human ever imagined! People hate you but also they are afraid of you. You do not even know the story of your death or when you woke up as a living dead, as a zombie... the only thing you know is that you are hungry, really hungry and thirsty... thirsty of blood!

You hate humans as much as they hate you but you need to feed on them. The city is now overrun by zombies and there is less and less flesh to eat or blood to drink. The few humans left are shielded by military forces with shooting tanks and weapons. You need to dodge them and cross the military borders and shooting tanks to reach human flesh. You are very hungry so you will do whatever it takes to eat. This is an open war between zombies and humans: Hunt or be hunted! Which side are you on!?

This is all about survival. A desperate race without end. The city is totally destroyed. Zombies are everywhere and humans are equipped with tanks and weapons. In this war game, like in every real war, the only goal is to survive.

ZOMBIE WAR TO END THEM ALL
You must help zombies find their way through the city. You need to dodge all the bullets and tanks who are shooting you to reach the most prized possession: human flesh!
Save the world from an outbreak of elite soldiers. Become the ultimate zombie in a war race against military forces.
A zombie does not know honor or duty, only hunger. Dodge your enemies and every shooting tank you see as you have only one target - to eat. The zombie invasion is here!
All humans including students, policemen, doctors, timberman, workers & etc. will fight against you, it will not be easy to stay alive.


Highlighted Features of this Game

- Breathtaking graphics - Realistic game
- Available for all mobile devices
- Different difficulty levels
- Easy gameplay in every race
- Intuitive game controls: you just need to slide your fingers through the screen to move, jump or dodge every weapon or tank trying to shoot you.
- Survival races without end!

Time will pass very fast when you play as races can be repeated all over again, just select the difficult category. You can never get bored while you play this funny games!

Do you like this amazing game? Rate us with 5 stars so we can continue creating new games for you!