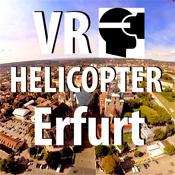 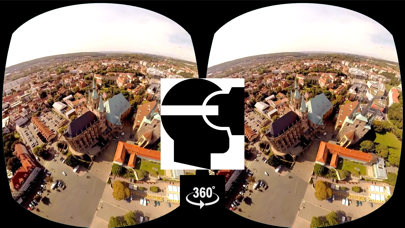 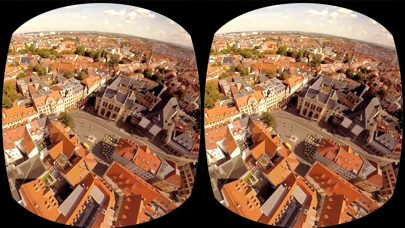 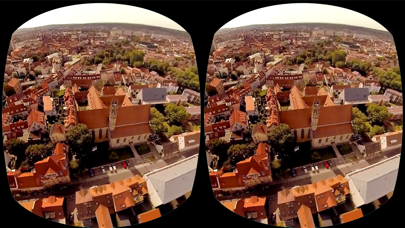 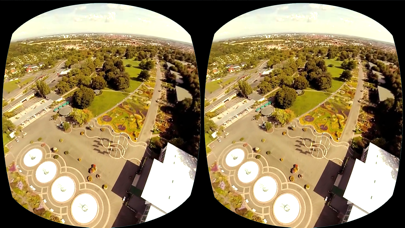 Take that crazy 360 degree real helicopter flight over city Erfurt the capital city of Thuringia withouth leaving your home, even without leaving your couch!
You control the view in all directions during the flight. Turn your head, look up and down outside of the helicopter.
Flight time: 24 minutes.

In the starting home scene you can choose one icon. Please look in direction to this icon to start the 360 degree video.
Inside the 360 video you can start the player control bar for fast forward and rewind video. Look quick down to get the plus sign. Look to this sign and the control bar would display.

There are no simulation all is real. It is a real helicopter flight.
You fly an extraordinary route, directly over the old city and old church towers. The normal tourist sightseeing flight routes are roundtrips around the city and cost many times more than that great app-flight experience.

Start the app and slip your iPhone into one of the many available Goggle VR glasses. With the help of the split screen each eye is assigned its own view. The gyro-sensor in the iPhone, and that is special, moves the picture in front of your eyes according to how you move an bow your head.
This gives the impression of having a look around in a real room or environment.

You can see from helicopter:

System requirements: iOS 6.0, iPhone, iPod touch or iPad.
Important: Please make sure that you have a VR glasses for iPhone and/or iPad in order to see the app in VR View.
For iPad you can choose the new Dive 7 or other.