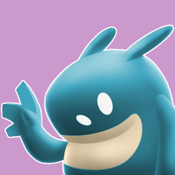 THE BEST SELLING Wii™ GAME IS NOW AVAILABLE ON YOUR IPHONE AND IPOD TOUCH!

“Coming in at number 3 is de Blob from THQ. One of the earliest and best games on the iPhone/iPod Touch, de Blob showed developers how to really use the accelerometer to the fullest extent. That, and fighting off the evil INKT corporation was a grand old time. ”


IGN have described the game as “Highly Recommended”, “impressive” and “…one of the best games for purchase on your iPhone or iPod Touch thanks to the smart tilt controls, engaging puzzle play, and colorful visuals”

The evil I.N.K.T. Corporation has declared “Color is a Crime!” and leeched Chroma City of all color. Only de Blob can defeat the hordes of tank battalions, speedy I.N.K.T. racers and elite Inky soldiers that have invaded his home.

Flip, bounce and smash your way to launch a color revolution and save your city!

- ALL NEW accelerometer version - simply tilt your device to control De Blob around the streets of the city
- You PLAY as Blob, who bounce, resize, roll and even change color.
- PAINT the town! - Almost everything on the screen is paintable!
- Several EXCITING game modes
- Hugely VARIED gameplay with destructible items, narrow alleys, huge highways even water to cleanse yourself of any color you don’t want!

An Ideal game for fans of fun action games like Rolando, Super Monkey Ball and Edge

For games that really rock (and roll and shake and……) Check out www.youtube/thqwireless