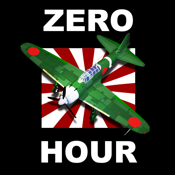 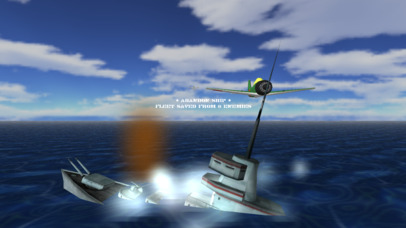 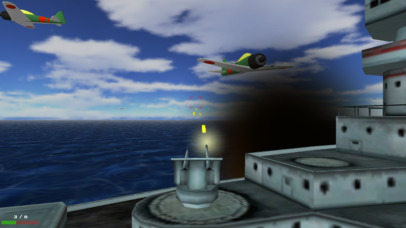 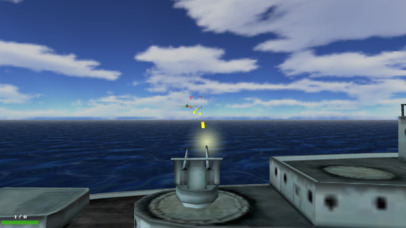 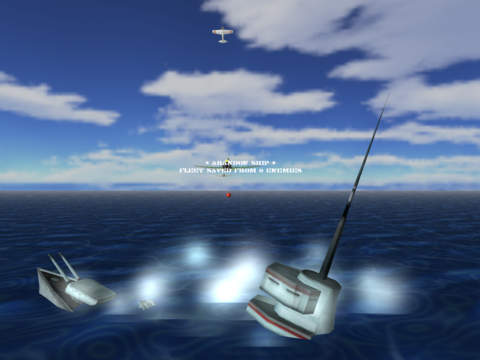 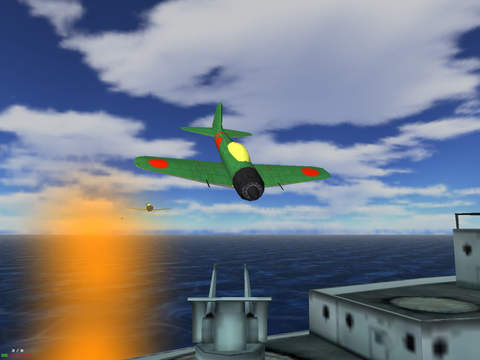 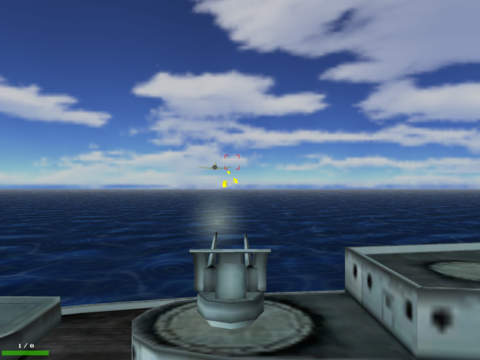 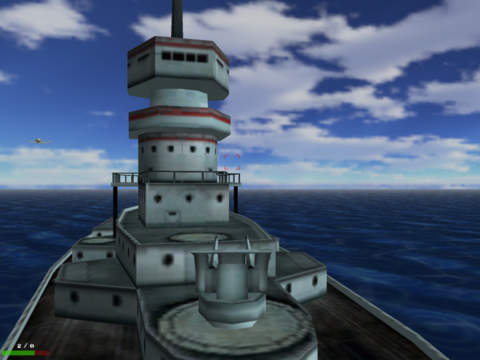 Battle of Okinawa, April, 1945. Crouched behind the trigger of an anti-aircraft gun on the destroyer USS Callaghan you wait, scanning the sky. Black dots on the horizon... Japanese Zero fighter planes... lots of them. There's just one thing between them and the lumbering aircraft carriers of the Allied Fleet: you. Can you do this? How does it feel? Cold as the bottom of Pearl Harbor is how it feels. You bare your teeth, but nobody would call it a smile. The time has come. It's Zero Hour.

Press START to begin game in touch mode. Drag your thumb on the screen to aim the gun. Press both thumbs on the screen to fire. In addition to shooting down planes you can also shoot torpedoes before they reach you (easier said than done).

To play using the tilt feature, press CONTROL on the title screen, then START. Aim the gun by tilting the screen, press the screen to fire.

The ship's seaworthiness is measured by the bar to the lower left. Enemy sortie number / enemies shot down appears above it.

P.S. The captain would appreciate it if you did not fire at the bridge of your own ship.