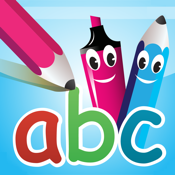 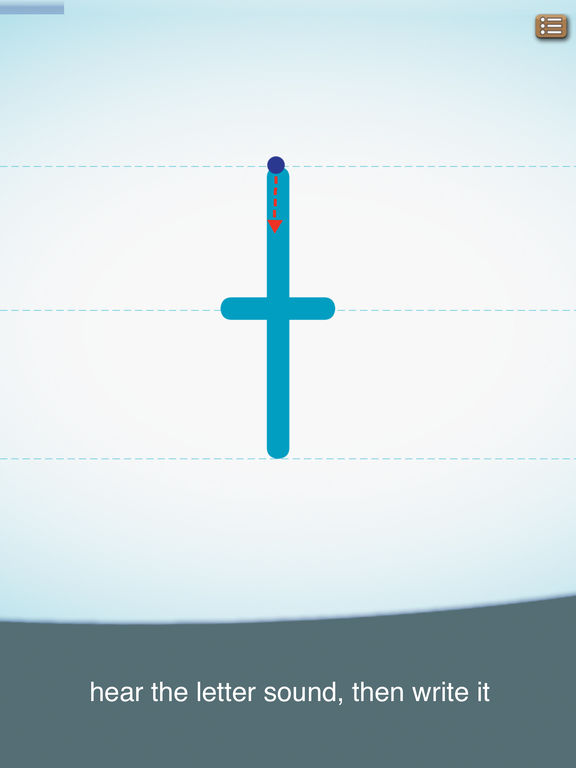 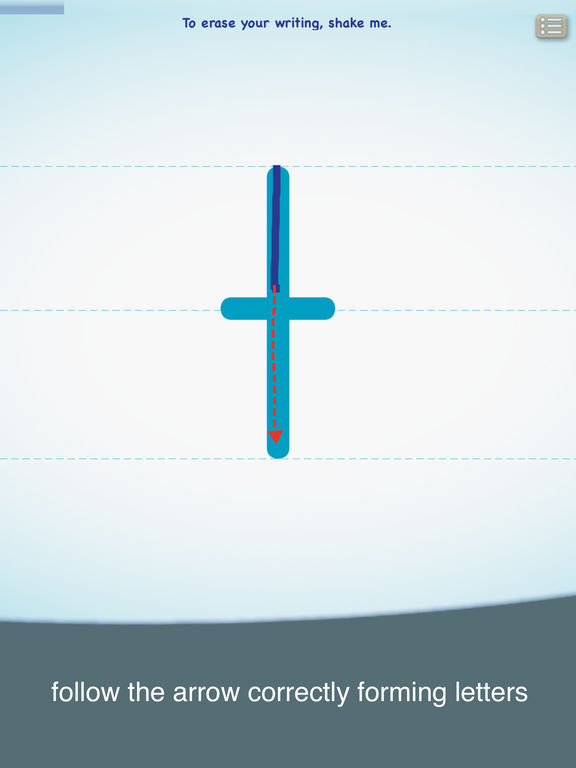 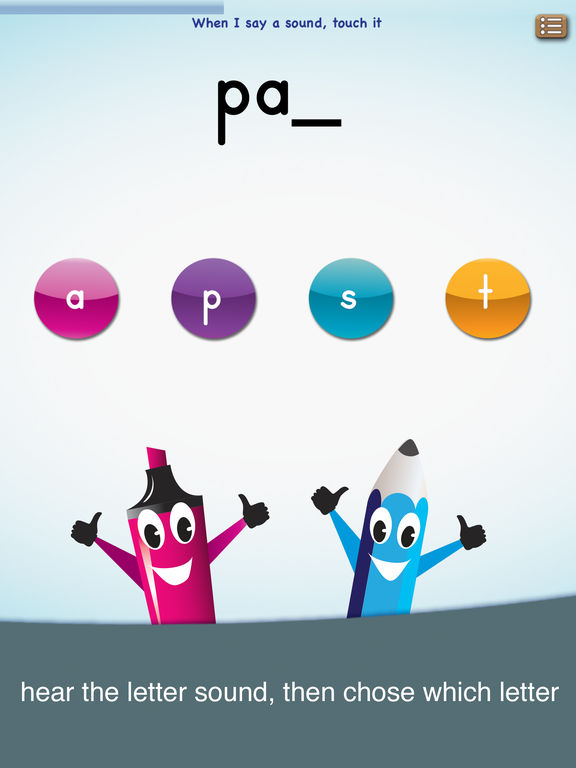 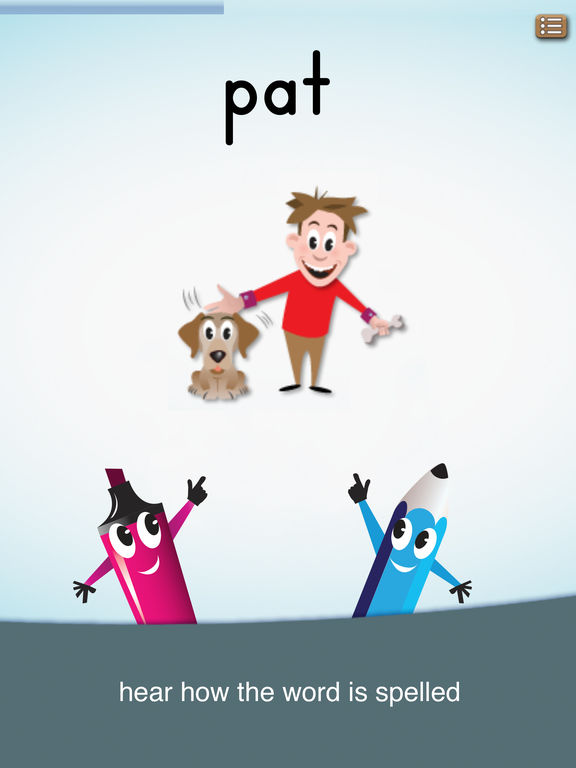 “PocketPhonics teaches the basics of reading and writing to young kids. Most surprising? It seems to work.” 148apps.com

PocketPhonics teaches kids letter sounds, first words and handwriting. It is used in hundreds of elementary schools and pre-schools, and tens of thousands of homes. It is aligned with the Common Core State Standards, and independent research (see appsinmypocket.com/research) found children learnt nine times faster using PocketPhonics compared to a classroom lesson.  It works on iPhone as well as iPad.

A certificate is emailed to you each time your child masters a set of letter sounds or can write a group of letters. Certificates are designed for printing and keeping, providing a record of achievement and a wonderful source of encouragement. Kids are so proud of themselves when they see their certificates.

Letter sounds are taught in small groups and a child is shown how to blend them to sound out words (e.g c-a-t is cat).

PocketPhonics shows children how to write letters using an arrow they can follow with their finger or stylus. PocketPhonics supports two different writing styles, and for each style, kids can write in lowercase, uppercase and cursive.

Phonics (letter sounds) help children to read by understanding the sounds that letters make. The National Reading Panel concluded that “children who have phonics instruction read better and spell better than other children”.

PocketPhonics teaches the sounds for all the letters in the alphabet plus over 30 letter sounds like ‘sh’ and ‘ch’, because they are key to reading so many frequently-used words.

Parents and teachers can monitor kids’ progress online, and receive a weekly email on their child's progress. As the child learns something, the emphasis is switched to what they next need to learn. For instance, when a child learns a word, the app replaces it with a more challenging one.

Teachers don't need to worry about making sure kids have the same iPad each lesson. If a child switches iPads, they automatically continue learning from where they finished previously.

You might also want to take a look at PocketPhonics Stories. It is the new and updated version of PocketPhonics that includes everything in the original plus 42 storybooks suitable for early readers.  It is rated A+ by Balefire Labs. They review apps against scientific criteria to see how well they teach kids. Out of the 4,000 education apps they’ve reviewed, only four other apps have achieved that top rating.