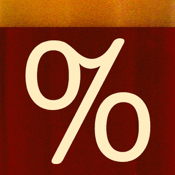 1. The Dutch and German word for “beer”
2. A platform on which a corpse is carried or placed...which could be you if you have one too many!

-Simply tap on the tab whose values you want to convert from.
i.e. If the beer’s ABV is known and the ABW is desired, tap on the ABV tab.

-Tap the “Convert!” button to find out the ABV, ABW, or Proof. Easy!

Also, to convert a value to another unit without re-entering it, tap a unit tab once the “Convert!” button has already been tapped.

Compatibility for iPod Touch is coming in a later version!

This app limits the ABV value to 50 and the ABW value to 39. This is done for two reasons:

Firstly, the formula for determining ABW from ABV and vice versa isn’t consistent past a certain value. So taken to the extreme, 100% ABV would end up as less than 100% ABW. This is obviously innacurate, but not really relevant at those levels. Why?

Because of the second reason, which is this: If an alcoholic beverage contains 50% or more alcohol by volume, it is in all likelihood not beer and thus outside the scope of the formula and this app!

Thanks for checking out BierCalc!