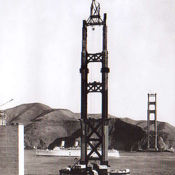 This application will navigate you to your current destination in black and white. Old San Francisco Photos Application is a navigation based vintage photo directory with Map functionality.

San Francisco is many things to many people. The popular slogan calls it "everybody's favorite city," an appellation confirmed year after year as Conde Nast Traveler magazine rates the most popular tourist destionation in the world.

By the late 19th century, San Francisco was the most important city in the west. It was home to millionaire, adventure seekers and diverse ethnic groups such as Chinese, Irish, German, Italian and immigrants of other ethnicities as well. All were seeking a life in the most beautiful city in the world.

The 1906 earthquake and fire impacted the city dramatically but it was quickly rebuilt and reemerged as one of the nation's preeminent urban areas. Time and again in foreign and domestic polls San Francisco is chosen as the city most would like to visit and in which most like to live.