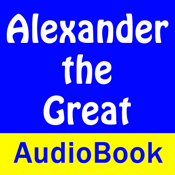 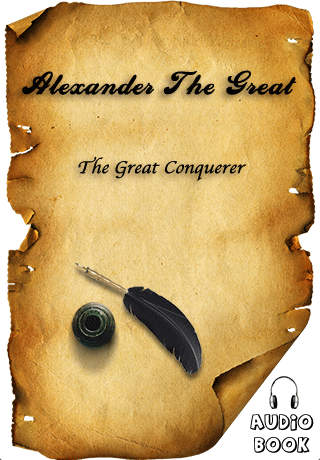 Alexander the Great was a Greek king of Macedon. He is the most celebrated member of the Argead Dynasty and created one of the largest empires in ancient history.

Born in Pella in 356 BC, Alexander received a classical Greek education under the tutorship of famed philosopher Aristotle. He succeeded his father Philip II of Macedon to the throne in 336 BC after the King was assassinated. Alexander died thirteen years later at the age of 32.

Although both Alexander's reign and empire were short-lived, the cultural impact of his conquests lasted for centuries. Alexander was known to be undefeated in battle and is considered one of the most successful commanders of all time. He is one of the most famous figures of antiquity, and is remembered for his tactical ability, his conquests, and for spreading Greek culture into the East.

"Alexander The Great" is the biography written by Jacob Abbott. This app is the audio book.

This audio book application contains audio files for all chapters in one download, so you can listen to the book on the go without the need for an internet connection. Hence the application size is a little big, and you will need to download it over WiFi connection or through iTunes on your PC or Mac.