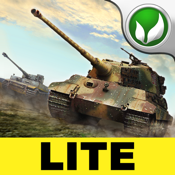 Massive irons run across the snowfield!
Flames broke out in the severe cold Eastern Front!

"Arms Road" is the defense game that imaged the Eastern Front of World War II.
Enjoy the new sense of bombardment action by simple operations.

[[ Dispatch ]]
On June 22, by popular demand of "ARMS ROAD Eastern Front",
"The Second ARMS ROAD Plan" has started to move!!

June 22, 1941 is the day when "Operation Barbarossa" began.
On the same day the three years later, Soviet Union force's greatest counterattack operation "Operation Bagration" was started in Belarus, and a trend of the Eastern Front was determined.
When we talk about a Soviet-German war, we must not forget this day.

We decided the motion of "The Second ARMS ROAD Plan" not to forget the history of the ghastly fight that nominated many victims to soldiers and civilians!

We thank courageous men who fought bravely in "ARMS ROAD Eastern Front" and want to expect further support for the coming battle!

[[ Battlefield ]]
The fierce battle of the German armed force and the Soviet Union force is developed on the very large Russian snowfield.

Great offensive of the Soviet Union force fills up the field...
You must survive this crisis.

[[ Strategy ]]
It is necessary to reinforce the power of your tanks and arms effectively to protect the position.

The offensive of the Soviet Union force reinforces each day, but it is also possible to reinforce the German armed force by deploying the stronger weapons.

88mm guns of the Tiger heavy tanks and Jagdpanther would be competitive against Stalin heavy tanks of the Soviet Union force.