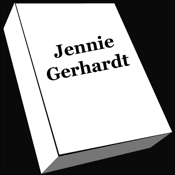 This reader is equipped with auto-scrolling technology which allows for a more enjoyable reading experience.

A novel by Theodore Dreiser

Jennie Gerhardt, a destitute young woman,whilst working in a hotel in Columbus, Ohio, Jennie meets Senator George Brander, who becomes infatuated with her. He helps her family and declares his wish to marry her; Jennie, grateful for his benevolence, agrees to sleep with him, but ill fortune intercedes and the Senator dies, leaving her pregnant. She gives birth to a daughter, Vesta, and moves to Cleveland where she finds work as a lady's maid to a prominent family. Consequently, she meets Lester Kane, a prosperous manufacturer's son. Jennie falls in love with him, impressed by his strong will and generosity: she leaves her daughter behind and they visit New York together. Kane, unaware that Jennie has a child, wishes to marry her, but, anticipating his family's disapproval, decides instead that she shall become his mistress. They live together successfully in Chicago, even through Jennie's revelation after three years that Vesta is her daughter. Kane does not yield to his family's pressure to leave Jennie, but after his father's death discovers that he will not inherit a substantial part of the family business unless he discards her. They visit Europe together, where Kane's attention shifts from Jennie to a woman of his own class, Letty Gerald. On hearing the will's terms, it is Jennie who demands that they separate: Kane, after providing for her, marries Letty and resumes his former social status. Jennie loses her daughter to typhoid and adopts two orphans, but through it all, continues to love him. Kane becomes ill, tells Jennie he still loves her, and she tends him until his death, mourning secretly at his funeral.