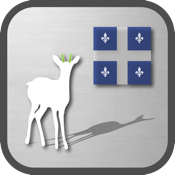 Fantastique! ★★★★★
“I have taught French for 30 years and was skeptical about this app until I tried it. It is unique in its approach. When English words are used to highlight a sound similar to a French sound, the learner simply clicks on the letter in the English word to hear a native speaker pronounce that sound… Learning sounds within words is the most effective way to improve pronunciation and this app is replete with examples to help the learner avoid the pitfalls of French pronunciation…”
―Collette 1

Great! ★★★★★
“I learnt mandarin as a kid, but always had difficulty with some of the sounds. The teachers had a hard time explaining how to pronounce the sound, and you either heard it and was able to replicate it with your lips and tongue, or you were just stuck. This app is great, because it gives you the English equivalent sounds! I've been refreshing my pronunciation with this, and it really works. I like the example words that come with the sound. Best pinyin tool yet.”
―cloudriderwu

Systematically build a strong foundation on how to pronounce all the sounds of French. Decoder clearly presents the phonetic rules of the language by offering multiple examples for each sound and then further breaks down each word into phonetic components. By using carefully chosen English approximations, the app lets you comfortably build up French words from English sounds you already know.

While others offer phrasebook or dictionary-style apps that stress memorization, Decoder seeks to develop a deep understanding of the language's phonetic rules so that you'll eventually be able to read and pronounce almost anything on your own.

With a carefully selected and limited set of examples, repeated engagement with these words will help you establish connections between the context and pronunciation. You'll also find as a bonus that these new vocabulary items will effortlessly become ingrained in your memory.

Decoder FRENCH (quebec)
Spoken in the Quebec province of Canada which includes Montreal and Quebec City, the Canadian French language (Québécois) has quite a few differences from European French. The Quebec accent includes some sounds that have begun to merge in European French yet remains quite distinct in Quebec French.

✔ 500+ examples with High-Quality Native Speaker Audio ― Multiple examples are given for every sound. Reinforce your knowledge and learn new vocabulary!

✔ Syllable-by-Syllable Pronunciation Breakdown ― Listen at your own pace. Focus on any part of the word. See how words are put together!

★ See a Demo Video for any language by visiting our website ★