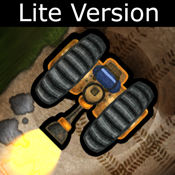 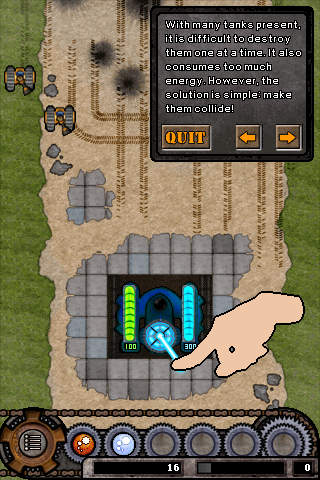 ***The lite version is ad free for a limited time. Get it while it lasts!***

You are stationed at a remote outpost and your mission is to guard the border. It has been quiet for several years as you have never even seen another soul. Your life is about to change.

Headquarters has detected a massive enemy attack that is headed straight for you. Wave after wave of enemy tanks are rolling towards your lonely outpost and it is your job to stop them!

Use your finger to fire your mounted cannon at the attacking tanks. During each attack wave, you will have different mission objectives. If you destroy large amounts of enemy tanks, your defense budget gets increased and you can purchase additional weapons and upgrades. There are 18 weapons and 3 upgrades to choose from. You will need to throw everything you have at the enemy to stop them as they have 13 types of tanks at their disposal.

Linear Assault is a fast paced game that will keep you on your finger tips!