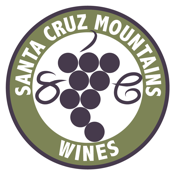 GoLocalApps is excited to release the first and only iPhone guide to the Santa Cruz Mountain Wine AVA.

Santa Cruz Mountains has been producing premium wines since the late 1890s. It became one of the first American viticultural areas to be defined by physical and climate factors in 1981, and has since developed a reputation for quality wines, particularly Chardonnay and Pinot Noir, and Cabernet Sauvignon.

The Santa Cruz Mountains is a great place for wine lovers to explore and is as close to the San Francisco Bay Area as Napa and Sonoma. More than forty-five wineries have public tasting rooms, though some have limited hours, and are listed as such in the app.

Santa Cruz Mountains starts at Half Moon Bay in the North and ends at Mount Madonna in the south. Cities include Saratoga, Los Gatos, Santa Cruz and many other small coastal towns. Included in the SC Mountains App are local restaurants, events, lodging and activities to keep you busy after a day or two of wine tasting.