Stories of The Quran 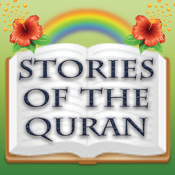 The Author:
**********
Ismail ibn Kathir (1301–1373 ) was a renowned Muhaddith, Faqih, Historian and Mufassir. He was widely acclaimed and unanimously attested for his sublime degree of learning, particularly in the fields of the exegesis of the Glorious Quran, Hadith and history.

He learned from great scholars like Ibn Taymiyya, Abu al-Hajjaj Al-Mizzi, Ibn Al Firkah, ‘Isa bin Al-Mutim, Ahmed bin Abi-Talib, Ibn Al-Hajjar, Baha Ad-Din Al-Qasim bin Muzaffar bin ‘Asakir, Ibn Ash-Shirazi, Ishaq bin Yahya Al-Ammuddi, the Zahriyyah Shaykh and Muhammad bin Zarrad. He was renowned for his great memory regarding the sayings of Muhammad and the entire Quran. He wrote a famous commentary on the Quran named Tafsir al-Quran al-'Adhim which linked certain Hadith, or sayings of Muhammad, and sayings of the sahaba to verses of the Quran, in explanation. Tafsir Ibn Kathir is famous all over the Muslim world and among Muslims in the Western world, is one of the most widely used explanations of the Qu'ran today.

This application presents one of Ibn Kathir’s many scholarly works, in which he takes a tour throughout the stories mentioned in the Glorious Quran. Following stories are included: