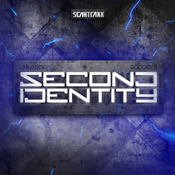 Scantraxx Recordz presents a new innovating product for your iPhone / iPod Touch; A-lusion & Scope DJ present Second Identity ‘The Album’ official (CD) iPhone application. A-lusion Scope and DJ are both two very talented Hardstyle producers with a great knowledge and experience in producing pounding Hardstyle. With appearances on the biggest and best (dance) events in the world like Defqon.1, Bassleader, Reverze, In Qontrol, Hard Bass, Decibel Outdoor and Qlimax these two are essential and irreplaceable top producers in the Hardstyle scene. Besides their solo career, they’ve also created a unique (live) act "Second Identity”. An exceptional Hardstyle act with its own ‘sound’ that is unheard off.

It has been a logical choice for Second Identity to bring it all to a higher level. Both producers locked themselves in the studio and are ready to present their debut album to the world. An album where every Hardstyle addict is waiting for! A unique sound that you simply can’t afford to miss! An album, which is meant to, played out loud. Make sure that you get this album because it is a real must-have for your collection. A-lusion and Scope DJ proudly present their debut album; Second Identity!

Supports:
- Background audio mode, which means you can use other applications while listening to the album (3gs, 4 only)