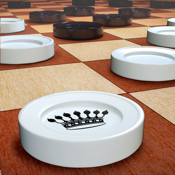 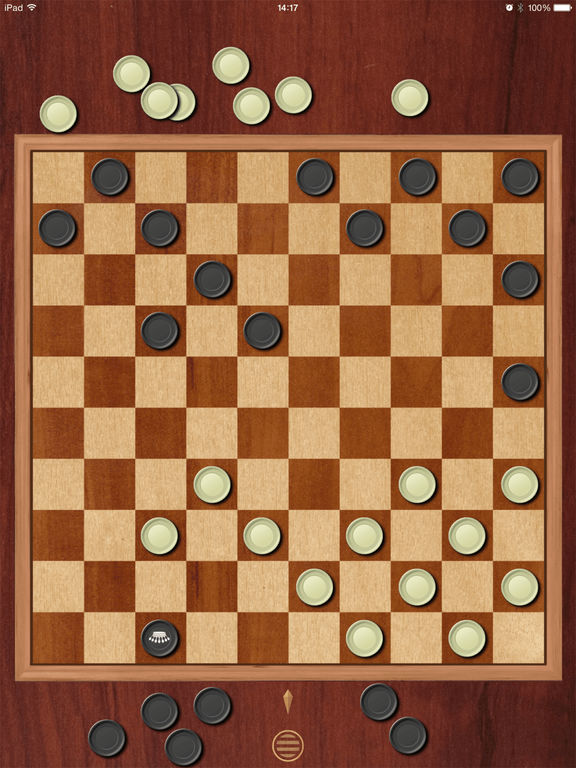 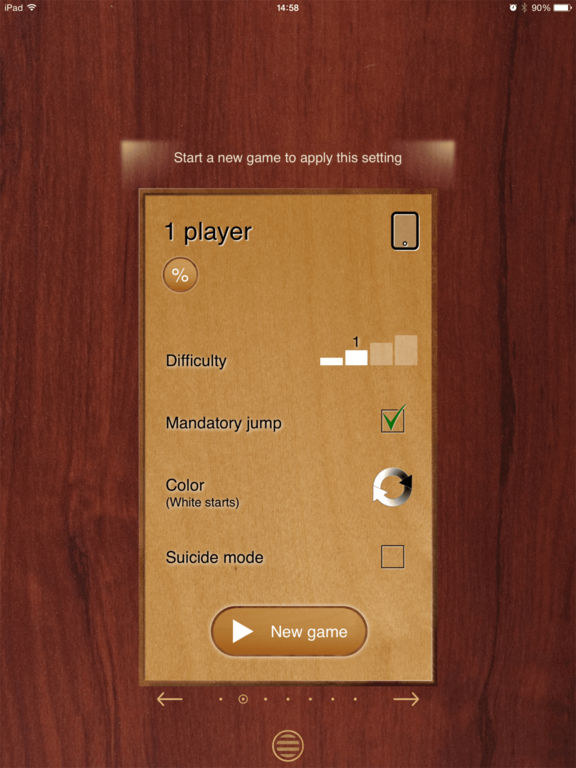 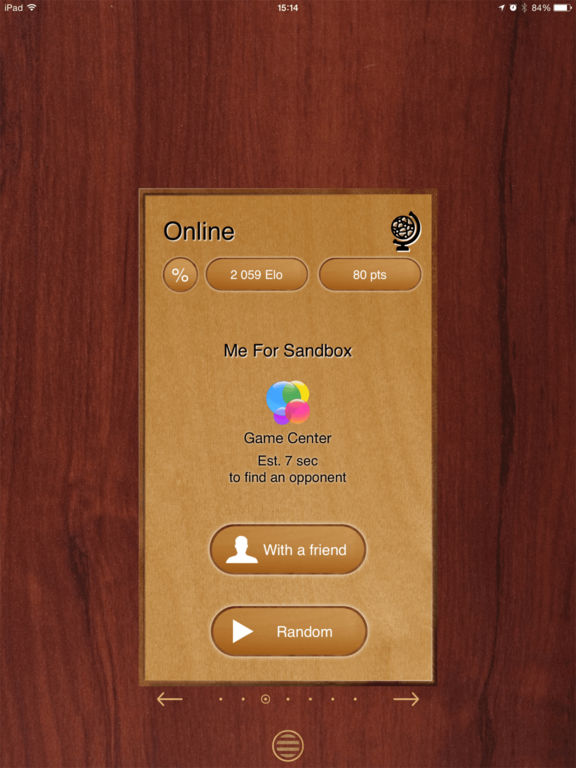 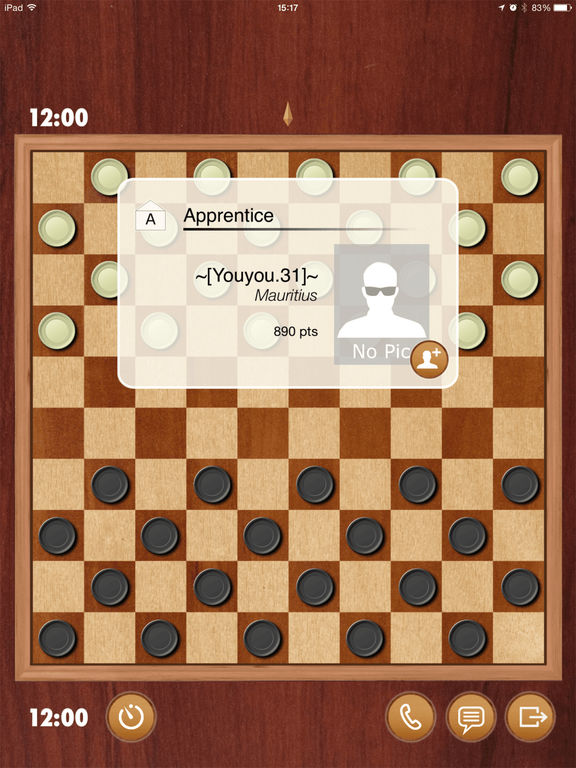 PLAY CHECKERS 10x10 LIKE MILLIONS OF OTHER PLAYERS around the world and join a network of 100K's Game Center players for online games.

Checkers 10x10 follows the international rules. It extends the US playing rules by mainly :
1) Allowing backward jumps (but still allowing forward moves only)
2) Giving King the power to move and jump several cases in all directions ... (Like a Queen on a chessboard).
3) Enlarging the board size (10x10)

If you look for US rules checkers, please download "Checkers".

This checkers version is the most popular in the world and is traditionally played in many western and eastern european countries, Russia, Netherlands, France, Switzerland, french speaking african countries. (Whereas Anglo-saxon checkers are almost not played there).

With this software, you will be able to play locally, against someone or against the computer. You will also be able to play against anyone in the world through Game Center.

Key features (Free version):
- Games against computer (4 levels, color option)
- Online games with Game Center
- 2 players game
- Draw recognition and automatic draw propositions for single player games
- "Lose to win" option against the computer: Lose all your checkers before the computer!
- iPod compliant: Listen to your own music while playing (except for Game center games)
- Leaderboards to compare your score
- Achievement boards to get your level
- Nice look and feel


Key features (Premium version):
- no ads
- AI difficulty level 4 and 5, very fast and smart
- Automatic record of all the games, and easy replay of any of them
- Possibility to unlock the pawns and move them anywhere off/on the board
- 25 Master's openings (with variations and exploration feature) and 50 classical tricks
- Time limit games (like for chess)
- Show board numbers option (iPad)
- Delete button to come back to a previous board combination (2 players and single players game)
- More points gained per game center game
- Option to see the last move

A must have if you like strategic board games.