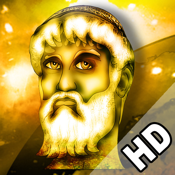 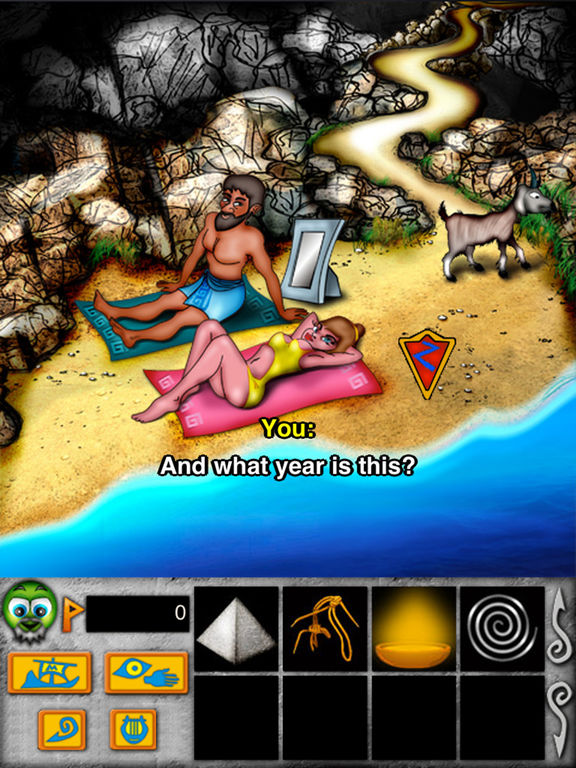 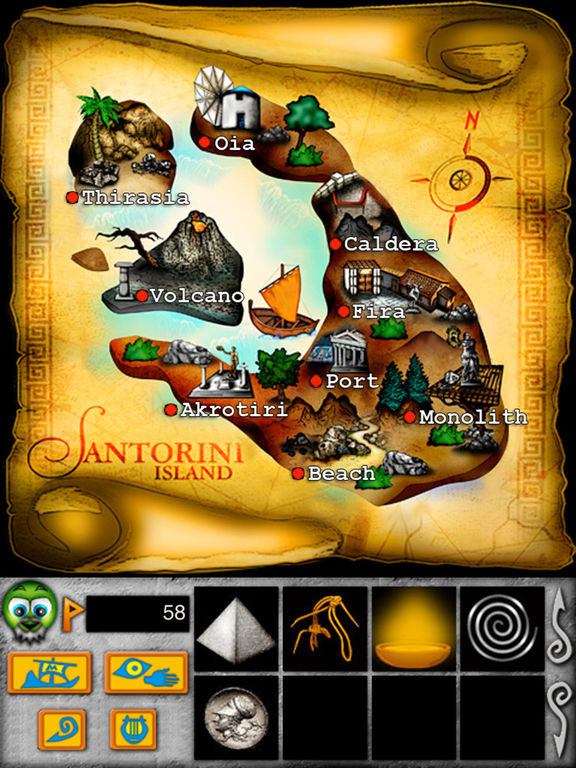 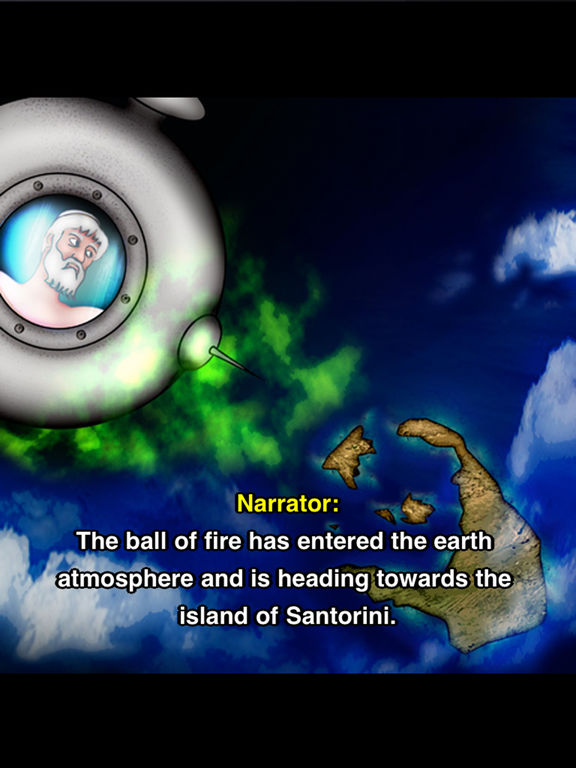 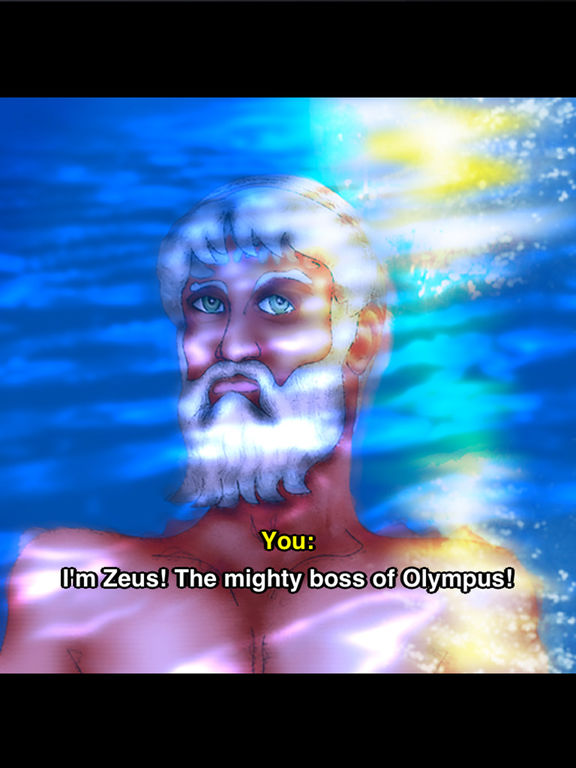 Zeus Quest is one of the best old school 'pure' adventure games in iPad! Also a huge and funny Greek Mythology point and click adventure game with 2D cartoon graphics. The humor reminds us the classic adventures games back in the 90s. (Other CrazySoft adventure games you might know: The Odyssey, The Final Battle) The game is fully translated into several languages: English German Greek Italian French Spanish.

The plot is crazy! You are Zeus the boss of Olympus which comes back to earth to save the planet. Everything is happening at the classical ancient Greek period (1000-300bc) but you have the chance of switching ages though a time machine... Visit many Aegean islands including: Santorini, Delos, Mykonos, Milos, Karpathos and Crete. Solve many riddles, play some mini games, interact with ancient Greek mythology characters with hilarious dialogues and at the end... save the planet!

Zeus is initially lost in Santorini, summoned back to Earth by a mechanism made by Hephaestus, his trusted ally. Zeus, unlike the other Greek Gods: Ares and Hades is not a god of war, he is a hilarious / goofy character trying to accomplish his mission. He will have to save the planet and humankind from explosion and be an immortal hero with glory like the heroes Perseus, Theseus, Dionysus and Prometheus. This task might be difficult but its also hilarious. Zeus will meet his muse, Europe abduct her transformed into a bull!


PRESS:
* Softonic.com review: Zeus Quest is one of the most fun mobile adventure games we've seen in a while, and has all the makings of a Greek legend...;
* Nominee: Best Adventure Game of Handango 2009

USER INTERFACE:
The point and click interface is as easy as that: You point and click somewhere on the game and you have two options: 'Examine' (Click the eye) or 'Operate' (Click the hand). 'Examine' looks at the spot you clicked and 'Operate' tries to do something with this spot. Sometimes there are multiple choices that you can do or say. E.g.: 'Take the bottle' and 'Leave the bottle there'.In this case you will see this choice box before the text.Just click the choice you wish once to select it and oncemore to activate it. Its as simple as that!

The game is really open. You can go almost wherever youwant. If you want to get out of a place and visit another one just click on this icon. It means that there is an exit. The character icon shows where you are standing on the place. You can climb ladders, sit on chairs etc. You can 'UseItems from the inventory' to that icon as if you want to'Operate' something on you. E.g.: If you have a trousers in the inventory and you want to wear it. You must click thetrousers and then this icon.