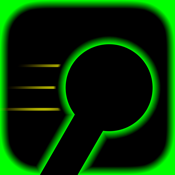 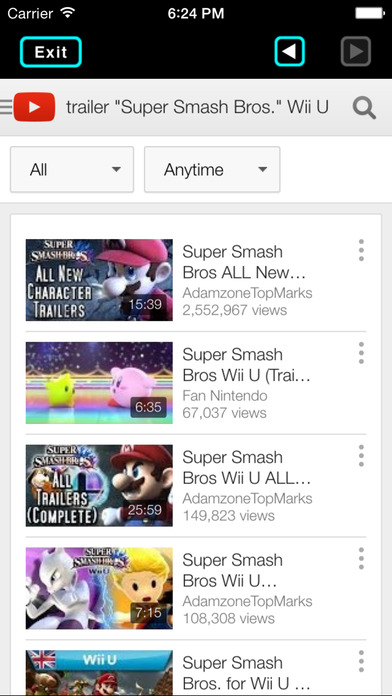 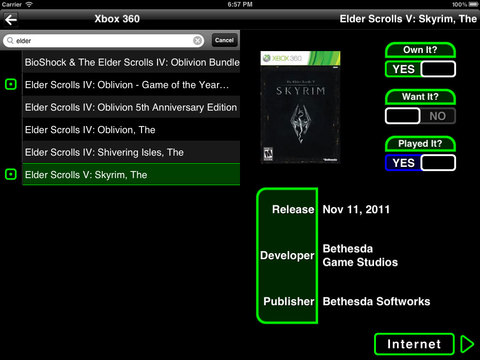 • The easiest way to keep track of the games you own and want.
• The quickest way to find the information you need to make buying decisions.

Have you ever been in a Game store and seen a cool game but couldn't remember if you actually owned it or not?

Have you ever seen an interesting game that you know nothing about? Sure the box looks cool, but is it really worth $30, or $10, or even $2?

Wouldn't it be great if in under 30 seconds you could check if you owned that first game and be watching a video trailer or review of that second game?

• This free version give you COMPLETE access to ONE system database of your choice. When you first run GameZen you can choose one of PS3, Xbox 360, Wii U, Wii, PS Vita, PSP, DS or 3DS. A quick in-app purchase will open access to all eight systems (plus PS4, XBox One and all older consoles listed below).

• Each database contains all disc or cartridge based games released in NORTH AMERICA plus all upcoming games with announced release dates.

• Also contains another ELEVEN THOUSAND games from older consoles and handhelds. These do not have box art included, but can search for art with a single button press. See below for entire list.

• You can add your own games and box art for any of the included systems.

• Internet connection is NOT always required. Box art and basic info for all current gen games is contained right in the app.

• When you do have an internet connection, Search Companion allows you to easily search for information, reviews, images, videos, etc. right from within the app.

• Share your list of owned and wanted games easily via email or Dropbox, or simply copy the list to the Pasteboard and paste it into the app of your choice.

• Easily backup your list to Dropbox. You can then restore the list to any iOS device running GameZen.