Bela Lugosi - The Master of the Macabre 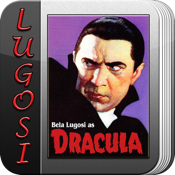 Discover the life behind one of cinema’s greatest icon, Bela Lugosi through this interactive multimedia iPad application.

This app makes your iPad come alive with rich video, audio and superb design. The app features the master of the macabre and provides an understanding of his life work with images and detailed biography.

However, the man so identified with Dracula was himself, in his personal life, a tragic figure. He struggled to establish a career outside of horror films, finding himself typecast as a villain, and was plagued with black-listing, depression, divorce and a crippling addiction to painkillers. Even as his career waned, Lugosi never gave up his love of acting –starring in a series of films for the director Ed Wood before his death in 1956. Tim Burton’s 1994 biopic Ed Wood featured an Academy Award-winning portrayal of Lugosi by actor Martin Landau, helping to revive the actor’s status for a new generation.

* Comprehensive biography of Bela Lugosi with images
* Complete filmography
* Massive image collection (portraits, film posters, movie stills)
* Capability to save any images to the iPad’s Photos - use any image as wallpaper
* Video archive (hours of documentaries plus Dracula (1931) the complete movie)
* Study of „The Historical Dracula” Vlad III Tepes