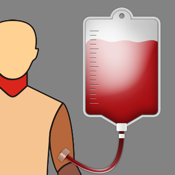 Li Ao Burn software has been finished in support of the Third Military Medical University (TMMU) in Southwest Hospital, Institute of Burn Research. This software is composed of two parts, the calculations of burn areas and fluid resuscitation.

Getting started:Touch, hold for a moment and move to draw burnt areas.

1.Lund and Browder is used to calculate the burn surface areas of body parts. Because of the introduction of graphic interface, this software is easily to be used. According to the degree of burn areas, users can mark the areas as Ⅱ°and Ⅲ°corresponding to related parts in the body figure, and modify by an eraser. After the marking of burn areas, this software will immediately calculate the burn areas of Ⅱ°and Ⅲ°individually and the total burn surface area. This software can calculate body surface areas according to different ages and the calculation accuracy is obviously superior to traditional methods.

2.The body weight is an important parameter to calculate the volume of fluid resuscitation. When the body weight of a injured is not available, this software provides a method for calculating an average weight based on age or height. Users can get a reference value of a body weight by marking the related icon.

3.As for the calculation of fluid resuscitation, many formulas have been published in foreign countries. Evan formula and Blook formula were used in 50’s, Parkland formula in 60 and 70’s, then modified Blook formula, hypertonic saline formula, and colloid formula etc. Many different calculation formulas of fluid resuscitation have been used in the burn centers of China. This software was programmed based on the most powerful and influential TMMU formula. In 1962, under the lead of the distinguished scientist in burn research area, the academician of Chinese Academy of Engineering, and the professor of Li Ao in the Third Military Medical University in Southwest Hospital, Institute of Burn Research, the famous TMMU formula was founded. Gradually, the TMMU formula has become one of the most extensively used formulas to calculate fluid resuscitation. Using of this TMMU formula thousands of patients’ lives have been saved successfully, the treatment level has been in the world-leading position over a long period of time. In 1985, the book of Burn Research was awarded the first prize of National Science and Technology Progress. In 1994, Professor Li Ao gained the United States International Burn Academic Award, Evans Prize.

4.This software provides a convenient auxiliary tool for clinical doctors to cure burned and injured patients, which is majorly used for the 48h anti-shock treatment of patients with big burn areas within 8h hospitalized. However, any fluid resuscitation formulas are only a basis of fluid resuscitation at a shock stage, and play guide and suggestion roles. Individual treatment is the basis of anti-stock treatment, thus it is very important to observe the effects of anti-shock treatment on burned patients, especially the adjustment of fluid injection speed according to the urine volume, the heart rate, and the blood pressure of a patient. Although a lot of clinical practices have proved that the TMMU formula has a practical value in the anti-shock treatment of burn patients with big burn areas, an individual plan for fluid resuscitation should be emphasized in the practice of the TMMU formula.