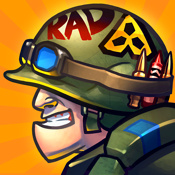 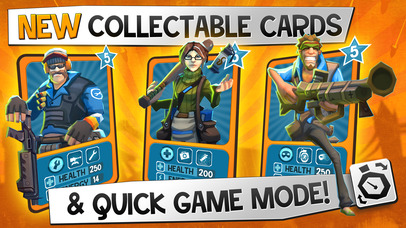 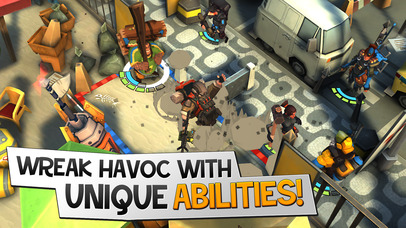 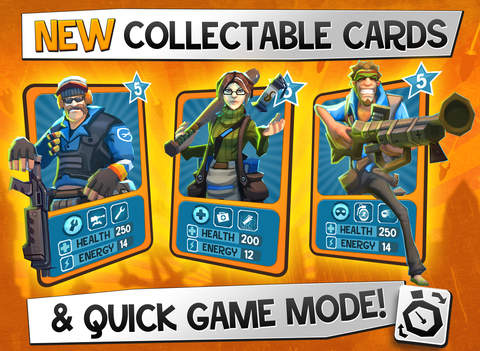 Holy Falling Rockets! Build a squad of fearless Soldiers and throw them into explosive, turn-based battles to capture the mysterious missiles plummeting from the skies. Combine outrageous abilities with sneaky tactics as you fight against friends and in single player missions around the globe.

PUMMEL FRIENDS
Put the boot into friends and strangers online

TAKE YOUR TIME
Play whenever, wherever thanks to turn-based gameplay

What our players are saying –

5 / 5 “This is the best turn-based online multiplayer game you will find. And believe me, I have searched.”

5 / 5 “The most exciting & entertaining strategy game both in graphics and gameplay, my favourite one!”

WarChest and RAD Soldiers and their respective logos are trademarks or registered trademarks of Warchest Limited. All rights reserved. Enemy Territory is a trademark of id Software in the U.S. and/or other countries. Batman: Arkham Origins is trademark of Warner Bros. Entertainment Inc. in the U.S. and/or other countries. All other trade marks are the property of their respective owners. Warchest, RAD Soldiers and its developers are not associated with or endorsed by any of the foregoing. The existence of any event, third party brand, image, name, likeness, logo or trade mark is coincidental and implies no such association with or endorsement.