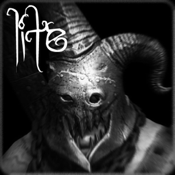 “The time and place is unknown, lost in the long desperate flight for survival. All that remains are whispered tales and bitter rumours that long ago, Mankind was wiped out in a single catastrophic event and only Womankind remained....sort of. There were many blamed for the source of the virus, but one thing was certain, it only infected our female species. It turned us into...vicious flesh-eating creatures... Zombies, the Old used to call them... We have different names for them, the ones we face everyday...

The Men, whom we remember as Our Lost Halves, were the weak to the virus; As though they were not strong enough for its parasite, and those who weren’t infected were prey for the infected women. There are none left.... except one. I’ve brought Him back after years of research and failure. If the stories I’ve heard of these Men are true, then He is our only hope, our last hope...our Last Man Standing. “

Last Man Standing is a time-based wave/horde shooter in 3rd person view. Fight for survival against hordes of women... ZOMBIES!!

Unique zombie types challenge you to adapt and change your strategies!

Cut them down with ChainGun fire or blow them away with a secret Heavy Weapon!

Receive random drops and upgrades from Nuwa to survive the fight!

Save points allow you to mark your progress, and return to challenge the levels again!

Enjoy Concept Art by James “zboooot” DongSG from within the in-game menu!

Survive 20+ levels of brutal women zombie action, with a secret Boss at the end!
Endless mode and other enhancements to be added at a later date! Please support us!

To find out about [ Last Man Standing ], visit us at http://homebrewz.blogspot.com/