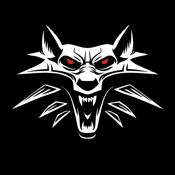 The Witcher Interactive Comic Book presents the story of Geralt of Rivia – a profesional monster slayer. Cast magic signs, battle monsters, be entangled in a complex intruige and experience The Witcher's world before you start playing the The Witcher 2: Assassins of Kings Enhanced Edition on Xbox 360 and PC (avialable April 17th).

The Witcher 2: Assassins of Kings Enhanced Edition features a thoroughly engrossing, mature storyline that defines a new standard for realistic, non-linear game narration. In addition to an epic story, the game features a complex combat system that uniquely combines deep tactical elements with dynamic action. The new, ultra-modern engine provides both beautiful visuals and sophisticated in-game mechanics, putting players in a world more alive and believable than any ever created in a video game. The depth of the gameplay and the mature, non-linear storyline make The Witcher 2 one of the most complex and unique RPGs ever released on consoles.