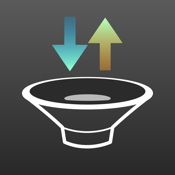 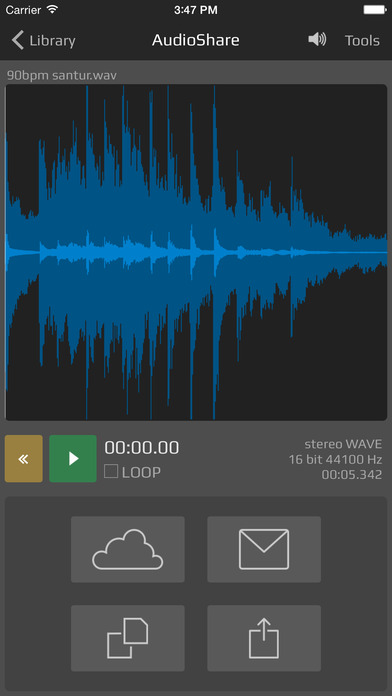 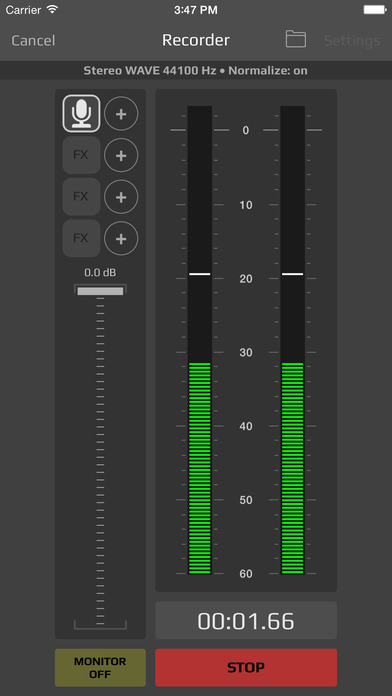 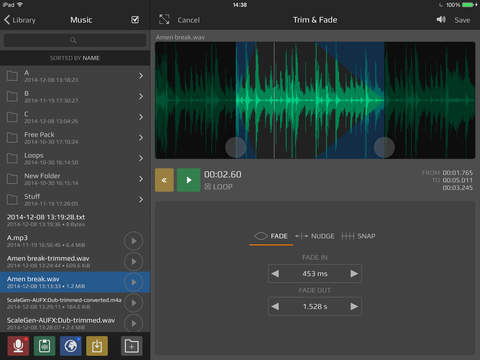 A sound file manager with powerful import and export abilities. If you are using music-making apps, then this tool is a must-have!

"If you make music with an iDevice, you need this app. It just makes sense." - smitematter.com
"AudioShare is a Must Have App for musicians, a Killer App!" - apps4idevices.com

Organize all your soundfiles and midifiles on your device. Record, trim, convert, normalize, transfer, export, import, zip, unzip. Create folders, rename and move files and folders around, put everything where you can find it.

Built-in Inter-App Audio host with 4 node slots. Record Inter-App Audio compatible instruments and effects, or process files through the chain! AudioShare is also a node itself that can be used in other hosts like Garageband or Auria.

Use it to transfer files between apps and between your device and computer. For example, transfer your new track from your favorite music-making app and import into the AudioShare library, then share it on your SoundCloud account, or transfer it into other apps. Or record your live-jam from other Audiobus-apps.

You can record directly in the app, from hardware, Inter-App Audio, or other Audiobus compatible apps. Preview and play soundfiles with waveform display and looping, trim and normalize soundfiles, and convert to other file formats.


NOTE: Please don't use reviews and rating as a channel for negative feedback or complains, I can't reply there! Just send me an email instead.

Staff Reviews
AudioShare app review: a must-have for those of you who use music creation apps

This iPhone and iPad app is an absolute must-have for those of you who use music creation apps, enabling you to easily record, import, and export audio files. This essentially provides you with a comprehensive audio manager that works in line with your hardware or other audio bus-compatible apps....