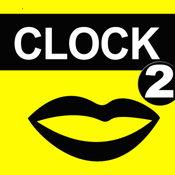 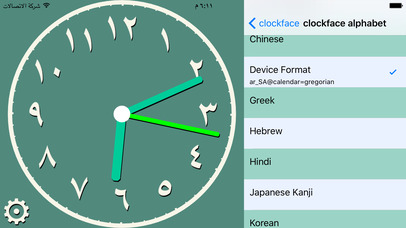 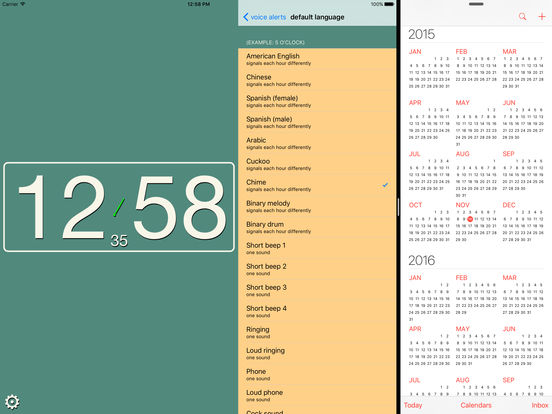 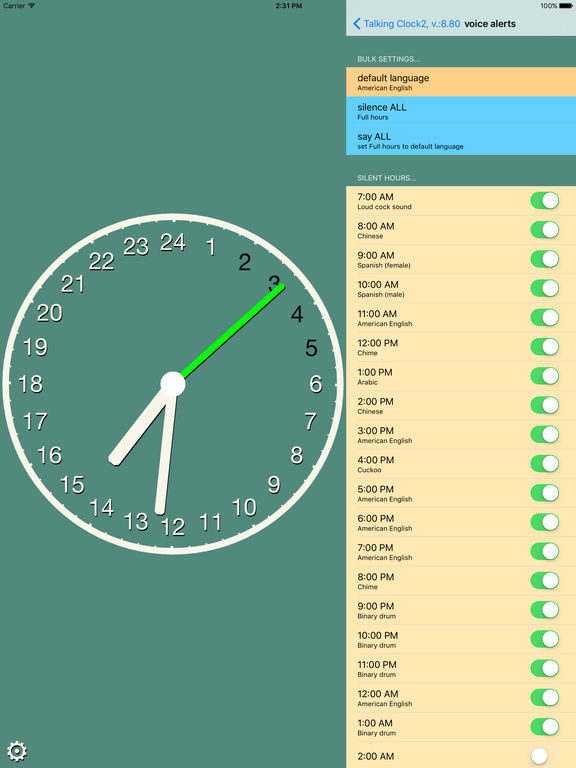 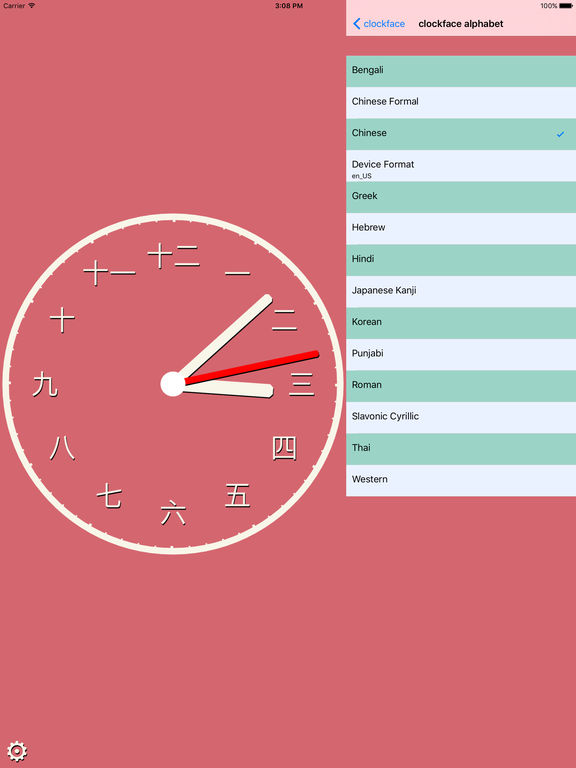 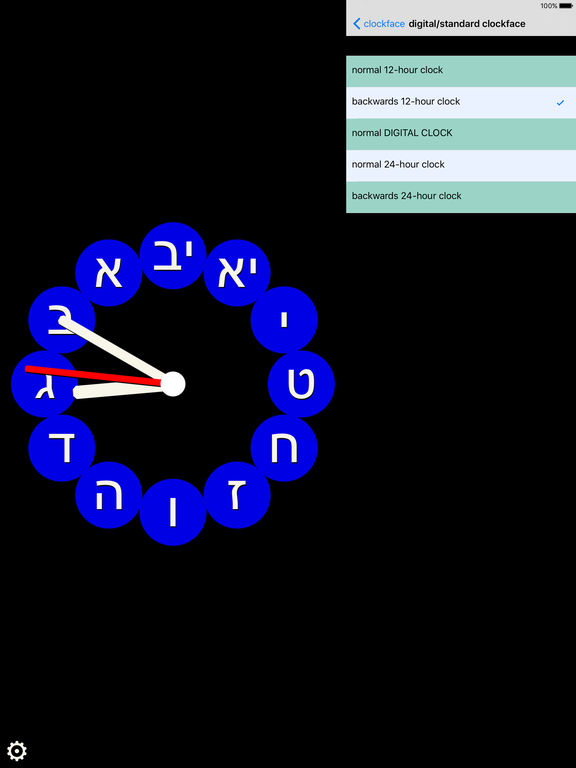 CLOCK2 talks in human sentences: spoken English, Arabic, Chinese and Spanish male and female. It also chimes, cuckoos.
Each hour can be set up differenty.

The fellow app CLOCK talks US, UK, AUE English, Czech, Hungarian. It will also tell you ALMOST times (‘It is almost five o’clock in the afternoon' ).

CLOCK2
Tells me: ‘Son las cinco de la tarde' or ‘It is now five o’clock in the afternoon'. No touch or acknowledgement is necessary. The messages will come from the background.

1. Background Clock. Can be run all the time in the background. Almost no measurable drain of battery power.
According to some of our users this is the best talking clock available for iOS.

Talks to you from the background while you are using other apps (while listening to music, browsing the web, watching videos,...). Does not need or use any network connections.

Some examples for a 5 o'clock alert (well, you have to imagine the different accents):

Any of these can be selected fro each hour or ALMOST hour.

Binary voice time telling:
- Talking Binary Clock - listen to the exact time in silent environments, beeps in a nice and not annoying tone. (something like HIGH,LOW,HIGH - at 5PM - because 1*4+0*2+1*1=5)

Other time signals:
- One short beep - one "beep" each hour, also vibrates (when set) and flashes the LED light (on certain phones, when phone is in sleep and silent mode)
- Cock sound,ringer,..

Blinking feedback on the clock face which shows that the background clock is running.

The analog clock can also run backwards, Yes, counterclockwise.
Also it can show 12 and 24 hour clocks. Yes, a round clock face with 24 hours on it.

Speaks the time in your local language when touching the gear
(This language will be different from the background announcements.)

The visual clock will drain the battery, do not use it unplugged for a longer time.

This app is a part of the TalkTime family of apps.
All our apps are created with the utmost care for functionality, usability and quality.
Each of our apps have a different function, these apps are also great to be used together.
Check out TALKING TIMERS and TALKING CHEF and their free checkout versions.

FREE APPS
Try our free apps, all contain some fully usable components of our full apps: