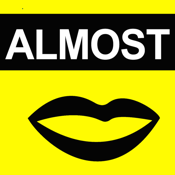 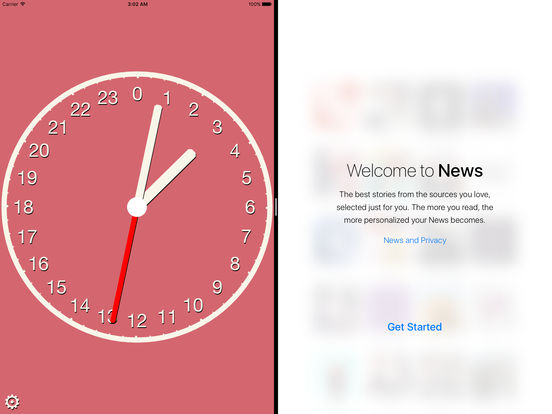 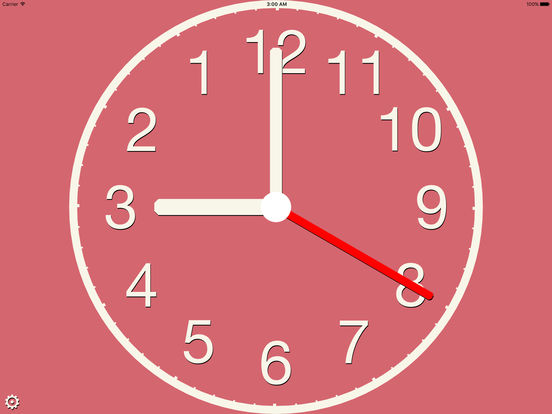 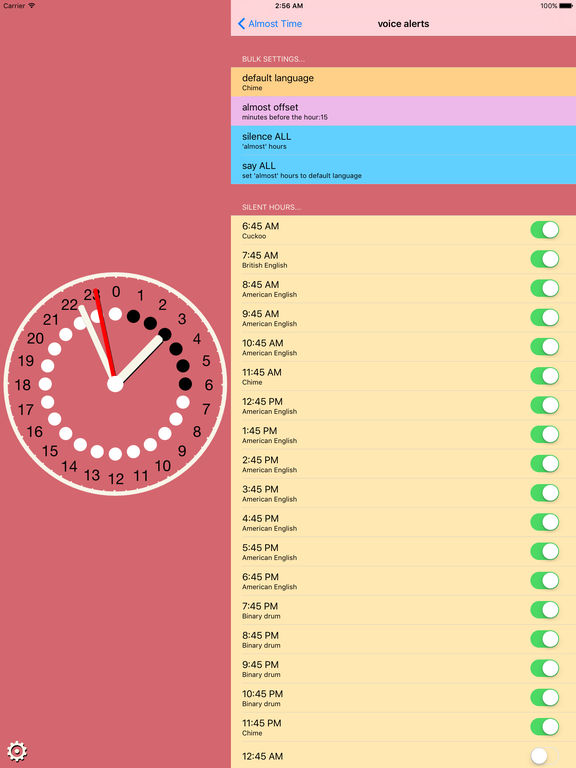 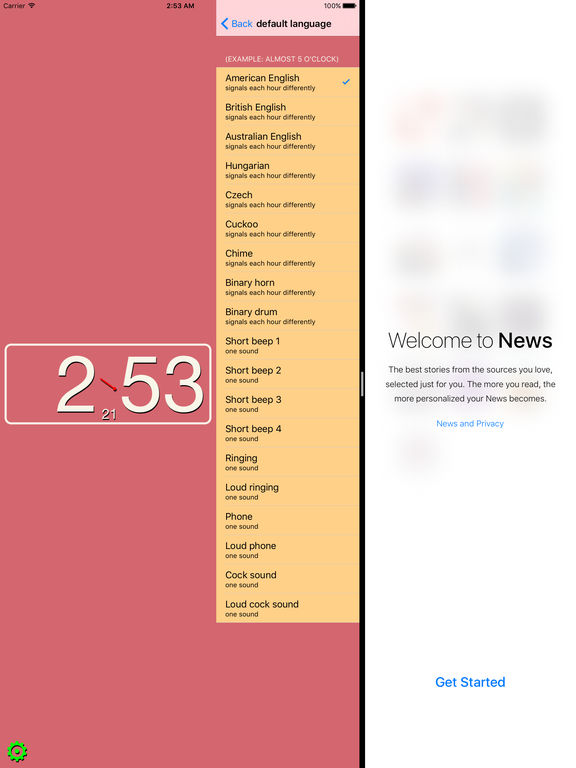 Almost Time is a talking clock speaking in human voice sentences.
e.g. 10 minutes before 8 PM it will tell you: IT IS ALMOST 8 O'CLOCK IN THE EVENING.

No more reason to set your watches or clocks run early or fast.

This app is just what you've been needing. You just didn't know it. It helps you keep track of your day and keeps you on time.
It will tell you the coming time some minutes earlier,

---
OUR OTHER APPS:
Our Talking CLOCK app now also includes this ALMOST time functionality. Check it out!

Our apps speak to you in Human sentences from the background, even when you are using different apps on your device!!
(Well, except for KCOLC, that one does not speak.)

TALKING CHEF TIMER
- Talking Kitchen Timer:"the tea says, two minutes left","the rice says, 10 minutes left",..
- Multiple talking timers at the same time
- Speaks, talks English dialects (US, British, Indian)
- Speaking alerts for each food, which get more frequent as the time is coming near, perfect e.g. for minute by minute countdown (all based on your setup)

TALKING TIMERS
- Talking multi purpose 24 hour timers
- Multiple talking timers at the same time
- Great so that you do not forget the parking meter, the washing cycle, ..
- To time the feeding of the baby, the gym excercise, jogging
- Great for timing leave from home, leave from work, leave from pub needs
- Speaking alerts for the timer which get more frequent as the time is coming near (e.g. minute by minute countdown)
- Spoken languages English (US,British) and lots of sound signals
- Autorepeats every 24 hours

Our CLOCK, TIMERS and CLOCK 2 apps run together with this app perfectly well.
For example:
at 5:50 PM - it is almost 6 o'clock in the afternoon (ALMOST app)
at 6:00 PM - it is 6 o'clock in the afternoon (CLOCK app)
a few seconds later - you will hear 6 chimes or 6 cuckoos (CLOCK 2 app)
and listen to the remaining minutes by the count to time timer or countdown timer at any time. (TIMER app)

This is how these apps cooperate. You can set each of these to silent or loud hours or alerts separately.
---

You can set the 'almost time' to the exact X minutes you need before the hour (from 10 to 29 minutes).
(The almost time in the CLOCK app has limits from 1 to 59 minutes.)

This 'almost' clock will announce the time X minutes early each hour. (All based on how you set it up.)

Some examples for an 8 o'clock alert:
(well, you have to imagine the different spoken accents)
US,UK,AusE English - 'it is almost eight o’clock in the evening'
Czech - 'je skoro osm hodin večer'
Hungarian - 'néhány perc múlva este nyolc óra lesz'
Binary - high,low,low,low (because 1*8+0*4+0*2+0*1=8)
One short beep - one "beep" each hour, also can vibrate and can flash the LED on certain phones

This app is a superfree full app:
No ads, no nag screens, no network used, no data collected, no inapp purchases.