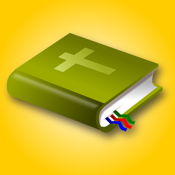 The Nova Vulgata is currently the typical Latin edition of the Bible, published by the Holy See for use in the Roman rite. The Second Vatican Council in Sacrosanctum Concilium mandated a revision of the Latin Psalter in accord with modern textual and linguistic studies, while preserving or refining its Christian Latin style.

In 1979, after decades of preparation, the Nova Vulgata was published and promulgated as the Catholic Church's current official Latin version in the Apostolic constitution Scripturarum Thesaurus promulgated by the Pope John Paul II. The Nova Vulgata is the translation used in the latest editions of the Roman Lectionary, Liturgy of the Hours, and Roman Ritual.

This is a Catholic Bible in Latin.